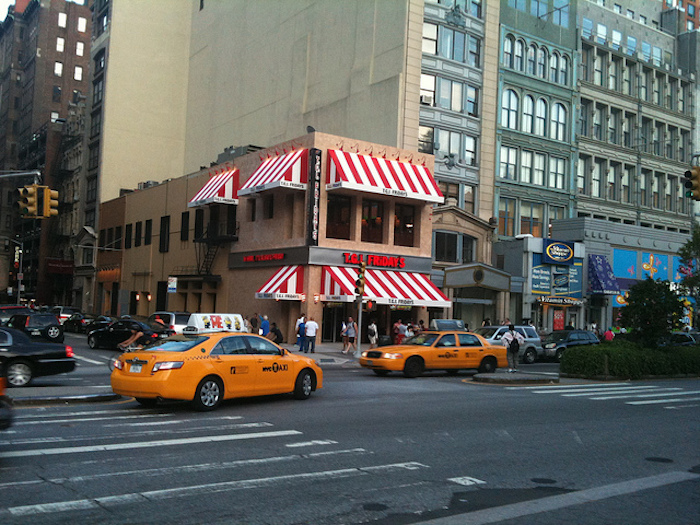 The Islamic State of Iraq and Syria (ISIS) has now blatantly threatened attacks on two major cities located within the Homeland U.S., New York and Washington. And although this rhetoric is nothing new–it’s been intensifying in recent weeks.

It all started back in Sept. of 2014 when Vice News interviewed a young member of ISIS named Farah Shirdon, A.K.A. Abu Usamah Somali, who left Canada to join ISIS in Syria, a terrorist group that vows to “destroy both the U.S. and Canada” at all costs.

“No one recruited me,” Shirdon told Vice News during the live interview from abroad hosted on Skype.

Shirdon said “the world” is our biggest enemy.

‘Right now we are fighting everyone.’

Vice News then managed to pry a bombshell admission out of Shirdon regarding the location of a planned future attack on America.

“With Allah’s permission we will make some attack in New York soon, a lot of brothers there are mobilizing […] for a brilliant attack my friend.”

When asked why are they doing this, Shirdon said the bottom line is “if you leave us alone we’ll leave you alone.”

“If we want Sharia Law, then leave us alone.”

At about that time, during the interview, Shirdon’s group came under attack at their compound, but Shirdon made it a point to squeeze in a few more lines and said that ‘ISIS won’t stop until the White House is painted black.’

‘We plan to behead your leaders and turn their children into slaves.’

‘We plan to fly the Islamic State Flag at the White House,” Shirdon said just as the transmission was lost.

Shockingly the Vice interview was just the beginning; Islamic State propaganda is now in full swing following last Friday’s attacks in Paris. Now several other purported terror threats against specific U.S. cities have made recent corporate media headlines in an attempt to get the blood flowing right here in America.

“We swear that we will strike America in its center right in Washington,” the terrorists said in another video which reportedly has not yet been authenticated by officials.

However, knowing that ISIS is merely a creation of the CIA, we have to question the actual agenda of the propaganda at hand–which is simply to create fear amongst the general public; end of story. With the general public living their lives in fear, the powers-that-be will be able to more easily control them, steering them any way they wish. And once again that appears to be what we are seeing develop here.

Additionally another recently released ISIS propaganda video, meant to terrorize the populace, “shows a man praying before making a bomb for a suicide belt which he then wears under his jacket in a slick production that includes shots of TGI Friday’s in Times Square and the GAP in Herold’s Square near Macy’s along with footage of taxis and routes of pedestrians. It’s followed by a close up of a pin being pulled from a grenade before the screen goes black,” as reported CBSN.

*Recommendations by the  Department of Emergency Services and Public Protection offer the following tips that all  residents take three simple preparedness steps: Get a kit, make a plan, and stay informed”.*– Watch This FREE Video

A message on the video screen reads:

“What’s coming next will be far worse and far bitter.”

Moreover terror fears have skyrocketed as aid groups admit that they have no way to track Syrian refugees coming into the U.S..

On Tuesday evening, multiple governors took part in a conference call with senior Obama Administration officials to demand that the president give key information on the refugees to authorities in the states that the federal government is about to release them in.

Shockingly, the administration officials refused the request, openly admitting that the White House has no plans to give states information about the incoming refugees, regardless of the obvious security dangers.

“The administration officials, led by McDonough, assured the governors that the vetting process was thorough and that the risks of admitting Syrian refugees could be properly managed. He added that the federal government saw no reason to alter the current method of processing refugees,” Bloomberg Politics reported.

Thomas also mentioned how at least one refugee in Louisiana has already came up missing, leading the general public to fear surprise attacks by Islamic lone wolves or sleeper cells already in place or ones that are positioning themselves now.

Recommended: When we will wake up in an America without electricity and society will totally collapse

Interestingly enough Fox News’s Bill O’Reilly, host of the O’Reilly Factor, said during a recent broadcast with Donald Trump that we don’t have to worry about women and children refugees being possible attackers, however O’Reilly was quickly proven wrong after it was reported that one of the Paris attackers was a female who detonated her suicide vest before being apprehended by authorities in a massive SWAT style raid.

One Reply to “ISIS Determined To Attack Within U.S., Two Major Cities Cited”