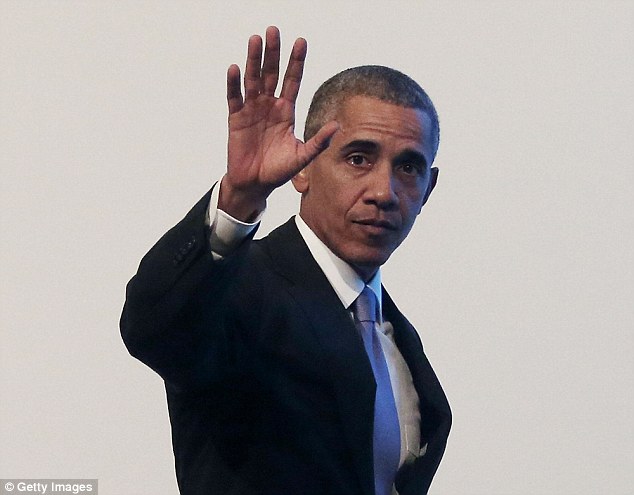 While Barack Obama continues to lead from behind, using the might of the American military to kill one or two ISIS targets at a time, Russia and France, each of which suffered recent devastating attacks at ISIS’s hands, are joining forces to wage all-out war against ISIS in Syria. Russia, of course, has already attacked ISIS in order to protect Syria’s nominal president Bashar al Assad, a Soviet client and Shiite Muslim, whose Alawite government has been waging brutal war against ISIS’s Sunni Muslim forces.

By the way, don’t be confused into thinking that his fight against ISIS makes Assad a good guy. He is an Iranian pawn who is as willing as ISIS to commit atrocities against civilian populations if he thinks it will further his military goals. If ever there was a war in which both militaries should lose, Syria’s Civil War is that war.

But back to Russia and France…. France’s Charles de Gaulle nuclear aircraft carrier is heading to Syria’s coast to rendezvous with a Russian guided missile cruiser. Tass, Russia’s state news outlet, quoted Colonel-General Andrey Kartapolov of Russia’s General Staff, who said that, “Under the Russian president’s decree, the General Staff is working out joint anti-terrorism operations with the French Navy. With the arrival of the Charles de Gaulle warship to the Syrian shore we will organize joint military operations.” It’s as if the Cold War never happened.

Russian and French forces have already begun striking targets in Syria. Day before yesterday, the French struck ISIS’s headquarters and recruitment center in Raqqa. Meanwhile, the Russians are targeting the tanker trucks that ISIS uses to move the oil that results in its being the best funded terrorist group in the world.

To date, the U.S. contribution to this effort appears to have been to provide France with satellite information about ISIS’s operations in Raqqa. In other words, the U.S. has long known exactly where ISIS is and what are the most target-rich environments, but it’s refusing to attack those targets.

Barack Obama’s rationale for holding back is that he does not want the American administration to be responsible for a single civilian death – a bit of reasoning inconsistent with his insistence that America must import 100,000 Syrian refugees, despite knowing that a meaningful percentage will be ISIS militants or otherwise radicalized Muslims who plan to wage war on America from within. In other words, the only civilian deaths about which President Obama seems to care are the enemy’s, rather than potential civilian deaths on American soil.

This continued insistence on leading from behind when the Western (and, in Russia’s case, semi-Western) world is mobilizing its forces in an existential battle against radical Islam has the virtue of keeping war weary Americans out of yet another battle – although Americans, recognizing ISIS for the threat it is, seem willing to engage now, before things get worse later.

Second, Obama’s unwillingness to lead means that, if we assume that the West will prevail against ISIS’s medieval barbarism, America will have reduced itself to a second-class backwater, rather than the leading nation in the free world. Of course, since that seems to have been Obama’s goal since his inauguration, he probably considers that a win-win situation.
*Recommendations by the  Department of Emergency Services and Public Protection offer the following tips that all  residents take three simple preparedness steps: Get a kit, make a plan, and stay informed”.*– Watch This FREE Video