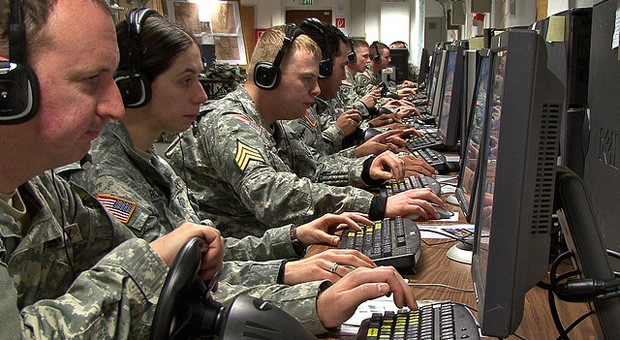 Romania is to send IT specialists to Kiev on behalf of the US and NATO. They should enhance the Cyber ​​Protection of Ukraine and carry out trainings. The mission is directed against Russia, as NATO accuses the country of cyber-attacks against Ukraine.

Amid the turmoil in Ukraine, Romania has emerged as an unlikely cyber security ally for the international community.

The country that initially gained attention for its hacking prowess is now a leader in cyber policing and cyber defense, The Associated Press reported.

NATO has tasked the Eastern European country with bolstering Ukraine’s digital walls as Russia increasingly uses its first-tier hacking talent to advance its U.S.-opposed agenda in the country. The Commerce Department this week is also leading a trade mission of 20 U.S. cyber firms to the country in an effort to strengthen private sector ties.

“We are trying to be a regional leader,” Romanian Prime Minister Victor Ponta recently told foreign media outlets. “That is why Romania … has been appointed by NATO to be in charge of [Ukraine’s] cyber security and preventing cyber warfare.”

Eastern Europe has long been home to some of the most advanced hackers in the world.

Former Soviet bloc states have well-established elite math and science education programs that were churning out computer programmers before it was trendy.

An underground online market known as the “cyber arms bazaar” operates out of the region, trafficking hacking tools, viruses and any form of infiltration and cyber sabotage imaginable. Nearly all cyber crime worldwide — a $400-plus billion business annually — can be traced back to the bazaar in some fashion.

Romanian digital thieves were part of this business, pilfering $1 billion from U.S. victims in 2011, U.S. officials said at the time. A Romanian hacker known as “Guccifer” also became infamous after exposing former president George W. Bush’s paintings of himself in the shower and bath.

The U.S. has struggled to use the Eastern Europe cyber expertise to its advantage. American investigators have had trouble cooperating with local law enforcement when trying to collect evidence or arrest cyber crooks peppering U.S. businesses with attacks.

Romania has emerged as an exception. Europe’s police agency told the AP that 20 percent of Europol’s cyber defense force are Romanian police officers.

With its trade mission, the U.S. Commerce Department is trying to encourage private sector collaboration as well between the two countries.

Bruce Andrews, deputy secretary of Commerce, told a Romanian audience on Tuesday that the trade mission “is a testament to your tech savvy, this region’s strategic location, and our shared dedication to combatting both criminal and state-sponsored cyber attacks.”

Companies traveling this week with Commerce are also touting the benefits of joining forces with Romanian cyber firms.

“Cyber readiness exercises don’t happen — and real actions aren’t taken — until we can all come to the table and start to collaborate,” wrote Ryan Gillis, vice president of government affairs and policy at Palo Alto Networks, one of the companies on the trip.

In response to international sanctions over its intervention in Ukraine, Russia has become more brazen with its cyberattacks worldwide.

Moscow has also increasingly targeted Ukraine, using its digital deftness to stir unrest in the country.

Also read: US Elite Wants to Destroy Russia at Any Price

The US companies Microsoft, Oracle and Google are all active in Romania. In total 93,000 Romanians are employed in the IT industry. Every year, 6,500 IT specialists graduate, the Romanian Association of Software Industry (Anis) reports.

Last year, because of the crisis in neighbouring Ukraine, the NATO member country Romania increased its military spending and therefore cancelled its goals for fiscal consolidation. The International Monetary Fund (IMF) gave Romania a loan of four billion euros. The US has been pushing for years for a greater commitment in military spending of the 28 NATO countries, and, in light of the Ukrainian crisis, these appeals have been put forth with even more urgency.

By Cory Bennett, The Hill