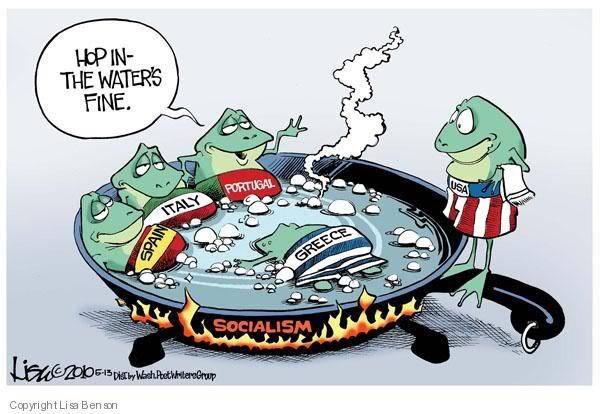 Scanning the headlines in the western mainstream press, and then peering behind the one-way mirror to compare that to the actual goings-on, one can’t but get the impression that America’s propagandists, and all those who follow in their wake, are struggling with all their might to concoct rationales for military action of one sort or another, be it supplying weapons to the largely defunct Ukrainian military, or staging parades of US military hardware and troops in the almost completely Russian town of Narva, in Estonia, a few hundred meters away from the Russian border, or putting US “advisers” in harm’s way in parts of Iraq mostly controlled by Islamic militants.

Author’s note:  This is a rerun from March of last year, whose time has finally come. With the new year, a sea change seems to have occurred in the financial markets: instead of “melting up,” the way they used to, they have started “melting down.”

My original prediction is that this will lead to more armed conflict.

Let’s see if I was right.

The strenuous efforts to whip up Cold War-like hysteria in the face of an otherwise preoccupied and essentially passive Russia seems out of all proportion to the actual military threat Russia poses. (Yes, volunteers and ammo do filter into Ukraine across the Russian border, but that’s about it.) Further south, the efforts to topple the government of Syria by aiding and arming Islamist radicals seem to be backfiring nicely. But that’s the pattern, isn’t it?

What US military involvement in recent memory hasn’t resulted in a fiasco? Maybe failure is not just an option, but more of a requirement?

Related: This Is How The Economic Collapse Will Change Your Day-To-Day Life!

Afghanistan, after the longest military campaign in US history, is being handed back to the Taliban. Iraq no longer exists as a sovereign nation, but has fractured into three pieces, one of them controlled by radical Islamists. Egypt has been democratically reformed into a military dictatorship. Libya is a defunct state in the middle of a civil war. The Ukraine will soon be in a similar state; it has been reduced to pauper status in record time—less than a year. A recent government overthrow has caused Yemen to stop being US-friendly. Closer to home, things are going so well in the US-dominated Central American countries of Guatemala, Honduras and El Salvador that they have produced a flood of refugees, all trying to get into the US in the hopes of finding any sort of sanctuary.

Looking at this broad landscape of failure, there are two ways to interpret it. One is that the US officialdom is the most incompetent one imaginable, and can’t ever get anything right. But another is that they do not succeed for a distinctly different reason: they don’t succeed because results don’t matter. You see, if failure were a problem, then there would be some sort of pressure coming from somewhere or other within the establishment, and that pressure to succeed might sporadically give rise to improved performance, leading to at least a few instances of success. But if in fact failure is no problem at all, and if instead there was some sort of pressure to fail, then we would see exactly what we do see.

In fact, a point can be made that it is the limited scope of failure that is the problem. This would explain the recent saber-rattling in the direction of Russia, accusing it of imperial ambitions (Russia is not interested in territorial gains), demonizing Vladimir Putin (who is effective and popular) and behaving provocatively along Russia’s various borders (leaving Russia vaguely insulted but generally unconcerned). It can be argued that all the previous victims of US foreign policy—Afghanistan, Iraq, Libya, Syria, even the Ukraine—are too small to produce failure writ large enough to satisfy America’s appetite for failure. Russia, on the other hand, especially when incentivized by thinking that it is standing up to some sort of new, American-style fascism, has the ability to deliver to the US a foreign policy failure that will dwarf all the previous ones.

Analysts have proposed a variety of explanations for America’s hyperactive, oversized militarism. Here are the top three:

1. The US government has been captured by the military-industrial complex, which demands to be financed lavishly. Rationales are created artificially to achieve that result. But there does seem to be some sort of pressure to actually make weapons and field armies, because wouldn’t it be far more cost-effective to achieve full-spectrum failure simply by stealing all the money and skip building the weapons systems altogether? So something else must be going on.

3. The US acts militarily to defend the status of the US dollar as the global reserve currency. But the US dollar is slowly but surely losing its attractiveness as a reserve currency, as witnessed by China and Russia acting as swiftly as they can to unload their US dollar reserves, and to stockpile gold instead. Numerous other nations have entered into arrangements with each other to stop using the US dollar in international trade. The fact of the matter is, it doesn’t take a huge military to flush one’s national currency down the toilet, so, once again, something else must be going on.

There are many other explanations on offer as well, but none of them explain the fact that the goal of all this militarism seems to be to achieve failure.

Perhaps a simpler explanation would suffice? How about this one:

The US has surrendered its sovereignty to a clique of financial oligarchs. Having nobody at all to answer to, this American (and to some extent international) oligarchy has been ruining the financial condition of the country, running up staggering levels of debt, destroying savings and retirements, debasing the currency and so on. The inevitable end-game is that the Federal Reserve (along with the central banks of other “developed economies”) will end up buying up all the sovereign debt issuance with money they print for that purpose, and in the end this inevitably leads to hyperinflation and national bankruptcy. A very special set of conditions has prevented these two events from taking place thus far, but that doesn’t mean that they won’t, because that’s what always happens, sooner or later.

Now, let’s suppose a financial oligarchy has seized control of the country, and, since it can’t control its own appetites, is running it into the ground. Then it would make sense for it to have some sort of back-up plan for when the whole financial house of cards falls apart. Ideally, this plan would effectively put down any chance of revolt of the downtrodden masses, and allow the oligarchy to maintain security and hold onto its wealth. Peacetime is fine for as long as it can placate the populace with bread and circuses, but when a financial calamity causes the economy to crater and bread and circuses turn scarce, a handy fallback is war.

Related article: Ron Paul: Be Prepared for the Worst

Any rationale for war will do, be it terrorists foreign and domestic, Big Bad Russia, or hallucinated space aliens. Military success is unimportant, because failure is even better than success for maintaining order because it makes it possible to force through various emergency security measures. Various training runs, such as the military occupation of Boston following the staged bombings at the Boston Marathon, have already taken place. The surveillance infrastructure and the partially privatized prison-industrial complex are already in place for locking up the undesirables. A really huge failure would provide the best rationale for putting the economy on a war footing, imposing martial law, suppressing dissent, outlawing “extremist” political activity and so on.

And so perhaps that is what we should expect. Financial collapse is already baked in, and it’s only a matter of time before it happens, and precipitates commercial collapse when global supply chains stop functioning. Political collapse will be resisted, and the way it will be resisted is by starting as many wars as possible, to produce a vast backdrop of failure to serve as a rationale for all sorts of “emergency measures,” all of which will have just one aim: to suppress rebellion and to keep the oligarchy in power.

Most people will remain docile and just wave their little flags.

But I would venture to guess that at some point failure will translate into meta-failure: America will fail even at failing. I hope that there is something we can do to help this meta-failure of failure happen sooner rather than later.