Dylan Huntingston is a survivalist and doomsday  prepper  who spent 2008 turning his home into a fortified bunker filled with pre-packaged food, an inside supply of fresh drinking water (watch this video to learn how he did it), and a copy of Atlas Shrugged– enough supplies to keep him fed and busy for six years.  As soon as President Obama was inaugurated Dylan retreated into his fortress and waited for the inevitable war to come when Obama would launch his armies of bees and DHS agents to seize control of the nation.  He’s still waiting, and he’s beginning to get annoyed.

Most days Dylan can be found still within the confines of his home.  Actually this is true on all days because after he covered his windows with steel plating and bricked up his door to fortify his home against attacks, he realized he had zero means of escape.  His sole means of communication with the outside world is by yelling through one of the many gun-holes he had had the foresight to install.

“Looking back, I do kind of wish I had kept one of the doors.  Maybe just replace the old storm door with a stronger one or something, but at the time brick seemed like the way to go.”  Dylan has been living off of Dinty Moore beef stew and corned beef hash for the past six years and he also admits that he made some mistakes in his dietary selections.  “Apparently I should have brought in more vegetables.  Or some vegetables. ( For anyone with the same problem, here’s the best way to have a year round supply of fresh organic vegetables INDOORS). But at the time I was hearing a lot of stuff from the Tyrant’s wife about how important it was to eat fruits and vegetables and to move and I said to myself ‘She’s not going to fool me!’” 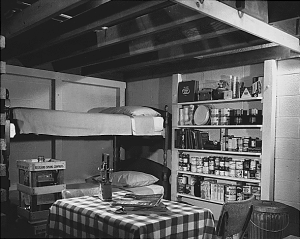 Having spent the last six years alone, Dylan has come to several conclusions about himself and the world.  “I think that I might be the kind of person that jumps into things a little too quickly.  You know?  Maybe I got just a little bit swept up in the patriotic fervor of what I was doing here.  And the world doesn’t always reward idealists.  So, if I had to do it again, I think I would have waited a couple of years or something.  I also getting rid of the internet.  I was just convinced that King Obama was going to be able to send some sort of EMP bomb through the internet and cause my computer to blow up and kill me.  But I haven’t heard of that happening anywhere and now I’m just kind of bored.  I’m about halfway through Atlas Shrugged now and… well it might not be as great a book as I had always sworn it was before I started reading it.” 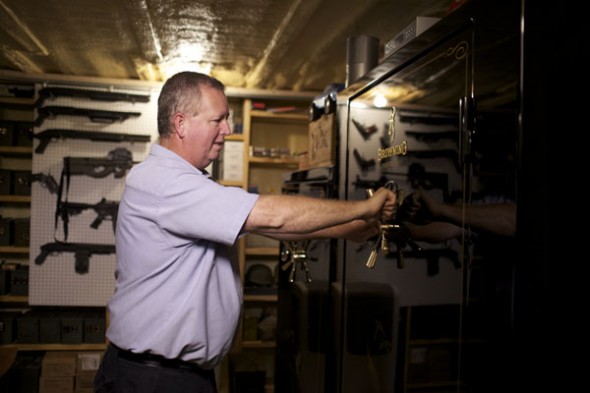 Dylan, who had expected his neighbors to be begging to be let into his fortress by now, is disappointed that he hasn’t seen any of Obama’s secret stormtroopers storm-trooping through the streets.  “I do get visitors.  A lot of kids come and point at the house.  I can see them through the gun slits but I can’t really hear them clearly.  They always go away smiling and laughing though, so I’m pretty sure that they’re laughing at how futile it will be when Obama’s jackbooted thugs eventually do try getting in.  I just wish he would get on with it already, you know? Because if it didn’t already happen that doesn’t mean it will not happen, all the sings point to that.

Before concluding the interview, Dylan confided that he believed he had scurvy but couldn’t get treatment even if he could get out of the house because he didn’t have health insurance.  He blamed the tyrannical federal government for not ensuring that its citizens had access to quality health care.