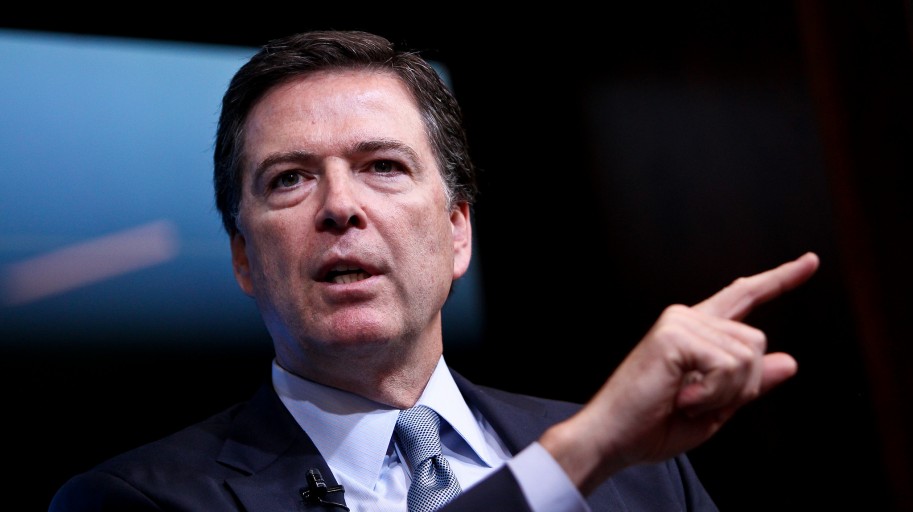 CINCINNATI (AP) — FBI Director James Comey said Wednesday the recruitment of potential homegrown terrorists by the Islamic State group is widespread and goes on “24 hours a day” across the United States.

The popularity of the Islamic State is surging, thanks in part to social media like Twitter and WordPress. ISIS uses twitter to highlight their atrocities, beheadings, murders, and suicide bombings.  The draw to join ISIS is too much to resist for those who see ISIS in a positive light. That recruitment has attracted the attention of the FBI.

On Wednesday, FBI Director James Comey (pictured above) discussed the problem with reporters while at an FBI field office near Cincinnati. He said, “So we have investigations in all 50 states to try to identify, among hundreds of people who are consuming this poison, where are they on the stages from consuming to acting, and how do we stop them from acting.”

Hundreds of people are “consuming” social media efforts to either draw them overseas to join the extremists “or if you can’t come, kill where you are,” Comey said. “And that is a two-pronged siren song that goes out through social media.”

He said Twitter, other instant messaging, and encrypted communications have made the recruiting efforts of extremists easier and pervasive over the past two years.

Comey talked with reporters during a visit to the FBI field office in the Cincinnati area. Its Ohio region had two arrests this year of young men charged with plotting terrorist acts to support ISIS extremists. Both pleaded not guilty.

Comey said authorities try to identify those being recruited who might need mental health care and see that they get it, but have “very tough messages” for the others.

“This is not a game,” he said. “If we catch you doing this, you’re going to get a very long stretch in jail.”

Another top concern for the FBI is rising violent crime in many U.S. cities, including Cincinnati, he said. The reasons may vary, but he said the spread of heroin use has likely played a role in some cases.

Comey said he couldn’t offer much assurance that an end is in sight for curbing heroin use.

In Ohio, heroin and opioid use have contributed to record numbers of overdose deaths. Comey said it’s also likely the region will see a rise in the use of methamphetamines.