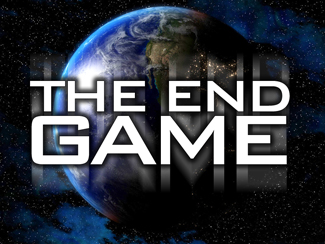 As political tensions heat up it is becoming clear that the world’s super powers are vying for control of resources like oil, water, metals and food. And though developed nations have thus far avoided any significant clashes with each other, the proxy wars being waged in the middle east and Europe are a slow burning fuse that will soon lead to widespread military confrontation.

Throughout human history one key factor has been behind every major war: a battle for resources. As the following documentary  warns, this time will be no different:

“The Pentagon told Fortune Magazine that World War III will be a fight over basic human needs – food and other commodities.”

Natural resource wars are brewing and becoming an increasing threat, and may be the grand finale to an already intensified currency war among the world’s top economies.

Most wars in human history are a fight over natural resources.

Also read: We Are Facing The End, And We Just Don’t Know It?

The Anatomy of a Breakdown: When you understand how a breakdown behaves and how it progresses, only then can you truly prepare for it.

… Credit is ever expanding, but the resources we pull out of the ground are finite.

The following are excerpts of Putin’s speech delivered at the Valdai conference in Sochi. The speech was directed at Western elites.

…The builders of the New World Order have failed by having built a sand castle…Russia favors a conservative approach to introducing innovations into the social order, but is not opposed to investigating and discussing such innovations, to see if introducing any of them might be justified…

…Russia has no intention of building an empire of their own, but will not go fishing in the murky waters created by America’s ever-expanding “empire of chaos…

…RUSSIA DOES NOT WISH FOR THE CHAOS TO SPREAD, DOES NOT WANT WAR, AND HAS NO INTENTION OF STARTING ONE. HOWEVER, TODAY RUSSIA SEES THE OUTBREAK OF GLOBAL WAR AS ALMOST INEVITABLE, IS PREPARED FOR IT, AND IS CONTINUING TO PREPARE FOR IT. RUSSIA DOES NOT WAR, NOR DOES SHE FEAR IT…

…Russia does not intend to take an active role in thwarting those who are still attempting to construct their New World Order, However, Russia will oppose their efforts if they begin  to impinge on Russia’s key interests. Russia would prefer to stand by and watch them give themselves as many lumps as their poor heads can take. But those who manage to drag Russia into this process, through disregard for her interests, will be taught the true meaning of pain…

…Russia’s will rely not on the elites to set the tone for the future, and these decisions will result from the will of the people…”

Related articles: 18 Hard Core Martial Law Characteristics – Some Of Them Already In Action

The culmination of economic, financial and monetary crisis will be a grand finale unlikely any seen in the history of the world. War is coming. The time to prepare is now.

3 Replies to “The Grand Finale: “Russia Is Ready, World War III Will Be A Fight Over Basic Human Needs – Food and Other Commodities””