Rand Paul continues to oppose the arming of Syrian rebels as part of the military campaign against ISIS, although he favors U.S. airstrikes aimed at “destroy[ing] ISIS militarily” (albeit with the congressional approval that President Obama is not seeking). Yesterday the Kentucky senator was one of a dozen Republicans who voted against Obama’s plan to arm and train “moderate” opponents of Syrian President Bashar al-Assad. While some of those votes were cast by critics who think Obama’s response to ISIS is too namby-pamby, Paul said he opposes the plan because he does not want the U.S. to become more involved in Middle Eastern wars. Yet that is precisely what Paul is advocating when he calls for the destruction of ISIS, and much of his argument yesterday counts equally against the intervention he supports:

Involving ourselves in these complicated, thousand-year-long civil wars lead[s] to unintended consequences….

It is messy; it is unclear. There are bad people on both sides. We need to stay the heck out of their civil war….

War should only occur when America is attacked, when it is threatened or when our American interests are threatened or attacked….

The United States should not fight a war to save face. I won’t vote to send our young men and women to sacrifice life and limb for a stalemate….

When American interests are at stake, it is incumbent upon those advocating for military action to convince Congress and the American people of that threat.

When we go to war, the burden of proof lies with those who wish to engage in war. They must convince the American people and convince Congress….

Shooting first and aiming later has not worked for us in the past. The recent history of the Middle East has not been a good one. Our previous decisions have given results that should cause us to be quite wary of trying to do the same again….

The moss-covered, too-long-in-Washington crowd cannot help themselves: War, war, what we need is more war. But they never pay attention to the results of the last war….

What we need is someone to shout: War, war, what are we fighting for?…

The only consistent theme is war. These barnacled enablers have never met a war they didn’t like. They beat their chests in rhythmic ode to failed policies….Unintended consequences drown and smother the possibility of good intentions….

We shouldn’t give a free pass to forever intervene in the civil wars of the Middle East. Intervention created this chaos. Intervention aided and abetted the rise of radical Islam. Intervention has made us less safe in Libya and in Syria and in Iraq….

We should remember that they were wrong, that there were no WMDs, that Hussein, Qadhafi, and Assad were not a threat to us….

The barnacled purveyors of war should admit their mistakes and not compound them.

After hearing Paul condemn past interventions based on trumped-up threats, remind his colleagues about the ever-present risk of unintended consequences, and insist that the burden of proof should be on those who advocate war, it is easy to forget that he actually supports this war, although he disagrees with Obama about how to conduct it. Paul says “ISIS is now a threat to us,” although in his 6,700-word speech this is the closest he comes to explaining why: “If ISIS is left to its own devices, maybe they will fulfill what they have boasted of and attack our homeland.” That is also the closest that Obama comes to justifying this war; Paul’s admirers might have expected more from a man who talks so much about the dangers of foreign intervention.

Notably, while Paul just a few weeks ago was saying war must be justified by “a threat to our national security” (which he wasn’t sure ISIS posed), he is now willing to settle for a threat to “American interests,” which can mean whatever an advocate of war says it means. Don’t Americans have an “interest” in promoting peace, preventing the slaughter of innocents, and freeing people from oppressive governments? This highly elastic criterion for military action leads to just the sort of promiscuous intervention that Paul criticizes.

“Let’s get on with destroying them,” Paul says, referring to ISIS. “But make no mistake: Arming Islamic rebels in Syria will only make it harder to destroy ISIS.” Paul surely is correct that trying to arm the right rebels is a strategy fraught with peril, but he seems to forget that the rebels are supposed to be proxies for U.S. soldiers, which he is adamantly against sending to Syria or Iraq as part of the war against ISIS. Yet Paul says the U.S. should do “everything we can to help” the Iraqi opponents of ISIS, including “air support,” “intelligence,” and “drones.” Those roles can very quickly entangle American soldiers in combat on the ground, even if Obama prefers to call it something else. Paul does not mention Syria in this context, but any serious effort to “destroy” ISIS would have to involve airstrikes and other kinds of military assistance there, which amounts to the kind of meddling Paul says we should avoid. It is impossible to reconcile Paul’s avowed goal with his avowed desire to “stay the heck out of their civil war.”

To his credit, Paul continues to insist that Obama needs congressional approval for this war, and yesterday he ridiculed the administration’s attempt to justify it based on the authorization that Congress passed prior to the war in Afghanistan 13 years ago. “That vote had nothing to do with this,” he said. “You are a dishonest person if you say otherwise.” Rand suggested that the post-9/11 Authorization for Use of Military Force could more plausibly be cited as a justification for attacking the rebels the U.S. government now plans to back, since they are intermittently allied with Al Qaeda against Assad: “We could use the 2001 use-of-force authorization, as Secretary Kerry understands it, to attack the same people we are giving the weapons to.” 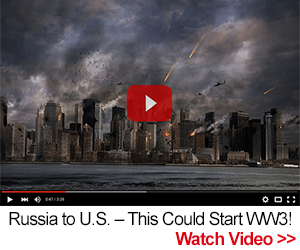 What we are taught about history in American schools is not history, but a fairy tale. Better yet, it is propaganda designed to hoodwink an unsuspecting society about its true heritage and the treasonous acts and sabotage that were conceived in order to bring about a New World Order. You are about to learn the real identities of those who have infiltrated your nation on behalf of secret societies intent on bringing about the total slavery of mankind. In the past, others have written about the numerous conspiracies to control natural resources, energy, food and our sovereign right to live on planet Earth — not as slaves of a wealthy few — but as free men, women, and children exercising the free will given to them by God.

Imagine you were a member of a secret organization whose sole agenda was to control the entire planet. If your plan was to accomplish this goal without being perceived by your intended victims, discretion would be paramount. Your organization would devise a series of historical events that, on the surface, would appear to be everyday, happenstance occurrences (natural disasters, man-made diseases, acts of murder, assassination, terror, manipulation of money and energy supplies, contamination of foods, pollution of natural resources, and war). The timing of these events would require patience, careful planning, and cooperation from others in positions of trust, stealth and deceit. In essence, the whole mission must derive its power through deception and concealment and must have a master plan.