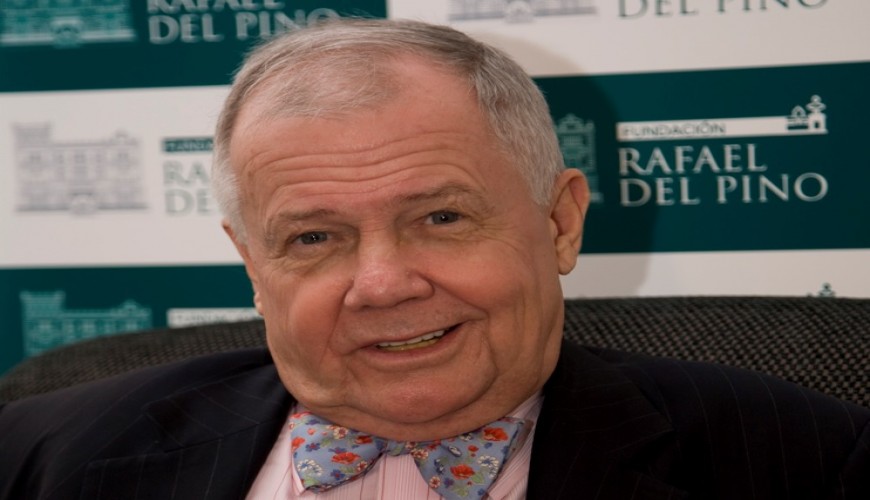 If you think that the U.S. dollar is a safe haven, think again. Despite the strength in the U.S. dollar exchange rate to many major currencies these days, billionaire investor Jim Rogers thinks otherwise.

Jim Rogers, chairman of Rogers Holdings, recently spoke with Bloomberg TV India and expressed his concerns about the U.S. dollar: “The U.S. dollar is not sound. But with a lot of turmoil coming, people think U.S. dollar is a safe haven. What I expect to happen is that turmoil will get worst and the dollar will go higher—it is already over-priced—and may turn into a bubble.”

MINI: What are you making of the Fed rate hike and the details of the statement?

JIM: As you know the market interest rates were already going up and the Fed once again just follows the markets. The Fed is just made up of bureaucrats and academics. They don’t know very much. Interest rates are going up. If you follow the Fed, and I guess you have to, the first interest rise from the Fed doesn’t mean very much. The third one is where you have to start worrying. If the Fed raises rates three or four times, then it is usually all over for the stock market. So just keep watching, be worried and be prepared.

MINI: So we already know that there is going to be about 3-4 rate hikes including this one. What is your prognosis for the global markets if you were to look at the new calendar year 2016?

JIM I don’t trust the government officials as much as you do. I know they said that. Let us see if it actually happens. If the third interest rate hike comes from the central bank, I will certainly be selling shares worldwide. I have already sold junk bonds in America. I will sell a lot of bond short if that happens.

Related: US Economy Is Collapsing – Americans Are Out Of Money

MINI: One of the direct correlations of what’s been happening around the news of a Fed lift-off is the fall in commodity prices along with the global slowdown. Talking about commodities—oil and metals—what is the sense that you are getting? How much of a downside do you see?

JIM: Well, I have hedged my gold and silver holdings. I expect gold to go under $1,000 an ounce. What does that mean for silver—$12 or $10 an ounce—I haven’t figured it out. But certainly under a $1,000 for gold at which point I hope I am smart enough to take my hedges off and buy a lot of gold ( SQ Metals) —whether its $950 or $900, I don’t know. Base metals seem to be making a complicated bottom as do oil prices. They have been beaten down. There’s a lot of bad news. They don’t collapse anymore, which usually means we are in the process of making a complicated bottom that I suspect will happen the final bottom in 2016 if it hasn’t already happened.

MINI: Let me get more specific in India. We watch crude oil prices very closely. The price went down from $37 a barrel to $35. How much of a downside do you see out there?

JIM: I am not smart enough—$32 a barrel or $30—I don’t know. I am not that good. If there’s a spike down—if something happens like a bankruptcy—it can go to $30 or even lower. But, I would suspect, and I am not any good at market economy and I am the world’s worst trader, I would say $32 at worst as a complicated bottom. (Source)

Rogers is worried about the debt problem in the U.S. He told the media outlet that the U.S. is a “terribly over-indebted country with the largest debt in the history of the world.” For him, the largest long currency position for the past two to three years has been the U.S. dollar. But right now, his plan is to sell the U.S. dollar and maybe get into gold or the Chinese renminbi.

Related: Be Prepared, The Sides Are Forming for the Coming Civil War

Jim Rogers also talked about the Fed rate hike. On December 16, the U.S. Federal Reserve raised its benchmark interest rate by 25 basis points, marking the first interest rate increase since the financial crisis. However, Jim Rogers is not impressed. He said that “the Fed is just made up of bureaucrats and academics” and that “they don’t know very much.” He mentioned that market interest rates were already going up and Fed’s first rate hike “doesn’t mean very much.”

The Fed is expected to increase interest rates a few more times in 2016. To that Rogers said: “The third one is where you have to start worrying. If the Fed raises rates three or four times, then it is usually all over for the stock market. So just keep watching, be worried and be prepared.”

With the world economy at risk of a slowdown and commodity prices tanking, Jim Rogers sees potential in precious metals. He said that he has hedged his positions in gold and silver because their prices could drop further. However, once gold drops below $1,000, the billionaire investor would take his hedges off and “buy a lot of gold.”

One Reply to “Jim Rogers Final Warning: This Could Ignite a U.S. Dollar Collapse”