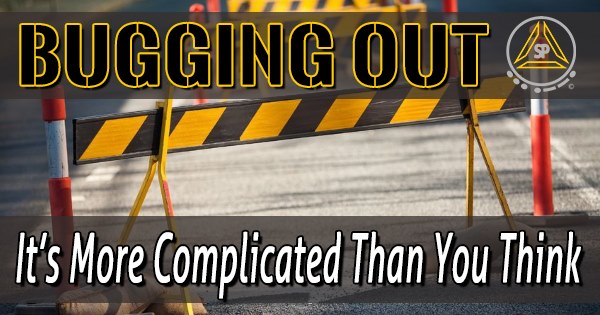 Over the next couple of weeks Lisa and I are going to dig deep into bugging out and everything that it involves. Having a good bug out plan is more complicated than you might think, and requires more than just having a full tank of gas and space in your trunk to put your bug out bag.

We already went through why you would want to bug out in the first place in this article, and the reason is pretty simple, because you might not have a choice. For most of us this is a worst case scenario because nobody wants to leave everything they have and basically become a refugee.

Also included in the video is the process I use to plan my bug out route and some of the differences to think about if you live in an urban or suburban area vs a rural area.

Before You go Anywhere

You might hear all the time about why bugging out just makes you a refugee and leaving everything you own is just insane. The reality is that like it or not you might not have a choice.

By definition it would make you a refugee, but with proper planning it wouldn’t be the vision we have in our heads of hundreds of people lined up to cross a border or enter a FEMA camp. The reason a good bug out plan is necessary is to avoid these situations at all costs.

Let’s take a look at some of the areas that need to be considered when formulating a good bug out plan.

The Realities of Bugging Out: We are going to face a lot more problems than we expect when we bug out, and depending on your situation you will have your own challenges. Our age, our health, our family makeup, our family’s health and finances will all play a role.

Don’t fool yourself into thinking that this will be just like an extended camping trip. In reality it will be more like living like the homeless than camping.

No one really knows what this situation will look like because there are so many variables, from the degree of the disaster scenario, to your physical abilities and family makeup.

Timing: In the video I mentioned above I talked about how timing is critical. This is even more important in an urban area because your window of opportunity will be very small. Having as much information about how a situation is developing (or could develop) could give you valuable minutes to keep you one step ahead of the masses.

Planning and practice also decrease the time it would take to bug out because if you know what the process is, and you know where everything is, you won’t be running around like a chicken with your head cut off.

How Will Family Members React? We will talk about this a little more below but some preppers are the lone prepper of the household. If someone has plugged their ears anytime you mention prepping, the odds are they are going to freak out a little bit…or a lot.

Some people handle stress better than others, so as the lone prepper it’s up to you to figure out who is going to need more attention or help. The best case scenario would be that even though they didn’t want to hear anything about it, they did listen, and at least know the basics of bugging out.

What Obstacles Will You Face? While it’s impossible to know exactly what could put a kink in your plans thinking about the different possibility’s today will prepare you for if it does. Riots, road blocks (natural or manmade), marauders and weather could become hurdles you need to cross to get to your bug out location.

Plan on Setbacks: A well thought out game plan always looks good on paper, but rarely does it turn out that way. Murphy’s Law states “”Anything that can go wrong, will… at the worst possible moment.”

This is why it’s important to learn and think about everything we can about bugging out, even though a band of marauders might seem a little farfetched, it need to be given some consideration. As they say “failing to prepare is preparing to fail.”

Recommended: 40 WAYS HONEY CAN SAVE YOUR LIFE TODAY & IN AN APOCALYPSE

Getting Unwilling Family Members to Listen? 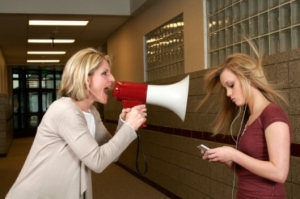 One of the questions I get all the time about bugging out and preparedness in general is “how do I get my family to listen?” Because everyone is different, and every relationship is different, there is no perfect answer for this.

In the podcast we talked about how to approach different people and different personalities about preparedness and the importance of not completely turning them off to the subject. I also wrote about getting your loved ones on board in the past.

Family Communications: Before, During and After

In today’s world, and as our children grow up, our families are rarely all in the same place at the same time. With the very real possibility of cell phone service being down or overloaded we need to have other means of communication.

Planning a rally point is especially important in the beginning stages of any disaster scenario because ham radio, GMRS and CB radios just don’t have the range to communicate over long distances.

These radios will come in handy on your bug out route though. For instance, if you have a group traveling in 3 separate cars you can communicate with each other if you get separated.

They will also come in handy at your bug out location. You will have people out foraging or hunting, have people out checking the perimeter, or have people out looking for supplies. Being able to communicate is important for safety reasons as well as efficiency reasons.

As I said before, practice is crucial to your success, but don’t expect everything to go perfectly, as a matter of fact practice what you will do if your plan falls apart. Practice may not make perfect, but the more we practice bugging out, the better our chances.

Also read: Prophet of doom: US presidential candidate John McAfee has some scary warnings for society

Lisa and I also discussed in the podcast the challenge of practicing if you are the only one in the house who feels it’s important. This is definitely a tough situation, and even if you can’t get them to practice on a regular basis, once or twice is better than nothing.

In the tin foil hat time segment we talked about why FEMA camps could quickly get turned into detention camps and why we want to avoid them at all costs.

As preppers we have the benefit of knowing exactly how this will turn out, and while the sheeple will be piling in waiting for help to come, we will be helping ourselves.