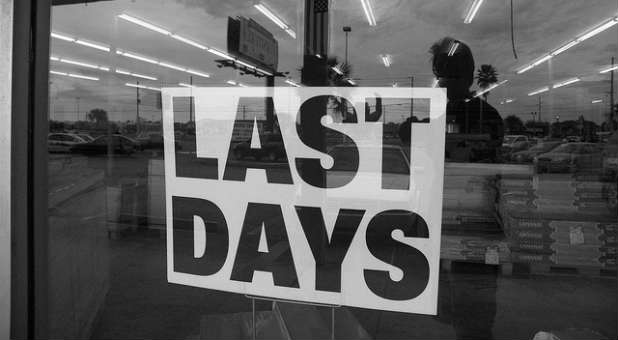 In an age of the grandiose and over-the-top superlative notions of the end of the world, we often forget the subtle things that creep up on us. Some of the signs of the times are not generally taught or preached about in our churches. Although the antichrist and visions of people disappearing grab headlines, often the more subtle realities of the end times are missed. With this in mind, I would like to offer food for thought in the hearts and attitudes of our world today.

1. The shattering of the holy people’s power: “And when the power of the holy people has been completely shattered, all these things shall be finished. Although I heard, I did not understand. Then I said, “My lord, what shall be the end of these things?” And he said, “Go your way, Daniel, for the words are closed up and sealed till the time of the end” (Dan. 12:7-9, NKJV).  What is the shattering of the power of the holy people? Our power is displayed in a number of ways. The first way is in our testimony. Our testimony displays God’s transforming power in our individual life. It is the testimony of Christians that can cause lost people to believe God is true.

Recommended: Anonymous : Homeless People Are Sent To FEMA Camps In USA. And So It Begins…

Another evidence of Christian power is in our actions. I once lived a life in sinful and selfish indulgence. When the power of God delivered me from alcohol and drugs, the change in my actions and habits caused many old friends to believe God was real. What we do matters to the world. If we say we are believers, then the world will look carefully to see if we are really changed. If there is no change in our action, then the world will reject our message and label us religious hypocrites.

A third evidence of the shattering of the holy people’s power is in the power to affect society. In the great awakening of the 1800s, the power of the gospel changed entire towns and regions. Bars closed for lack of patrons and churches filled up with repentant sinners. When the holy people can no longer affect society, it is a sign of the end. When the world chases after sin and we are deemed irrelevant, we should prepare for His coming. From the removal of Bible and prayer from schools, to the legalization of sodomy, the people of God seem powerless to stop it. Sin must be fully manifest before the end can come.

2.  Unveiling of the sealed words. “And he said, ‘Go your way, Daniel, for the words are closed up and sealed till the time of the end'” (Dan. 12:9, NKJV). In the last days the hidden mysteries of God will be given to the wise. There will be a deeper understanding of God’s ways. In history, God purposely prevented us from understanding His ways. Jesus said they will hear but not understand. Paul heard words that were not lawful to speak when he was caught into the third heaven. God has a time and season for all things. The time of unveiling secret mysteries may be at hand. One such revelation is the understanding of the hidden mystery of wisdom.“But we speak the wisdom of God in a mystery, the hidden wisdom which God ordained before the ages for our glory, which none of the rulers of this age knew; for had they known, they would not have crucified the Lord of glory” (1 Cor. 2:6-8, NKJV).

Is it possible that God may begin to reveal His ways to His children? So much of the Word of God is shrouded in mystery and paradox. God has purposely placed paradox in His word, by design. Paradox confounds logic and knowledge. The tree of knowledge and its darkness cannot comprehend the truth of His light. The paradoxes in differing Christian doctrines have kept many Christians from simply believing every word of God.

RELATED: America Isn’t Mentioned In Any Bible Prophecy, Where Will America Be at the End of Time?

The nature of God is highly debated among various offshoots of religious sects. In traditional Christianity, God is three persons of one essence. The paradox of three being one is illogical to many people. As a result, the clear teaching of this is rejected in favor of a non-paradox. Jehovah’s Witnesses cannot accept God as three so they reject Christ as God. Other groups create strange doctrines to explain away the biblical teaching of a triune God. I believe God will begin to open up the Scriptures in a new way that resolves His paradox.

God functions in a realm where the impossible is possible. We simply need to believe His Word in spite of not understanding. Jesus responded to the devil’s temptation by declaring that man shall not live by bread alone but by every word that proceeds from the mouth of God (Matt. 4:4). If everything was factual, then there would be no need for faith. God has chosen the way of faith for us to approach Him. Some have described it as a leap of faith. It is called a leap because one must leap over the objections of logic and knowledge by faith to fall with total abandonment into the hands of God.

In the last days, God will begin to reveal why the way of paradox is necessary. He will teach us the way of love and reveal how His paradoxes may be understood.

3.  The great falling away. “Now, brethren, concerning the coming of our Lord Jesus Christ and our gathering together to Him, we ask you, not to be soon shaken in mind or troubled, either by spirit or by word or by letter, as if from us, as though the day of Christ had come. Let no one deceive you by any means; for that Day will not come unless the falling away comes first” (2 Thess. 2:1-3, NKJV). In recent years I have seen some frightening changes in attitude in the body of Christ, particularly in the area of sexuality.

With the advent of the Internet, I have seen droves of young people captured by pornography and the attitudes that accompany it. The falling away has begun first in an attitude that is opposed to clear teaching in God’s Word.

Many young people I have counseled with don’t see anything wrong with sleeping around or homosexuality. They believe their views on sexuality have nothing to do with faith in Christ. They believe love includes accepting everyone regardless of their sexual preference. The truth is that this type of love and acceptance is naive and is easily taken advantage of by evil. The hidden destruction in such attitudes is not often seen until it is too late. The falling away has already begun.

4. Strong delusion to believe lies. “The coming of the lawless one is according to the working of Satan, with all power, signs, and lying wonders, and with all unrighteous deception among those who perish, because they did not receive the love of the truth, that they might be saved. And for this reason God will send them strong delusion, that they should believe the lie” (2 Thess. 2:9-11, NKJV). People don’t purposely believe lies. They must be convinced that the lie is the truth. People will fight hard for what they believe is truth.

RELATED: The Worst 10 Things Non-Preppers Will Be Forced To Deal With When TSHTF. (#5 May Be Fatal!)

Recently I was listening to some people talking about the state of our nation. They thought everything was great and we were progressing out of old ideology into a new enlightened era. I listened to the arguments of freedom from the tyranny of narrow minded, bigoted, religious zealots who were deceived by myths and unenlightened belief systems. They believed in the cause of total freedom to pursue what makes the individual happy. They believed their doctrine wholeheartedly and were prepared to battle any oppressor of their freedoms in the name of righteousness.

Just because you believe something doesn’t mean it is the truth. Washington spins the “truth” daily about the economy, unemployment, etc. But, is it the truth? It is clear that the Bible teaches that people will believe a lie rather than the truth in the last days. There was a time in this nation and the world where right and wrong was easy to understand. Today people discard God’s truth as irrelevant or oppressive.

This attitude is as old as time itself. We want to be our own god. Satan has done a masterful job of preaching his doctrine of freedom to be like God. Satan believes his doctrine and so do his followers. As Satan deceived one third of the angelic host, he deceives our world to believe his lies about life, God, and the true meaning of freedom.

God’s heart was to give His creation the power to be free from evil, not to be free to indulge in evil. In my earlier years, I pursued selfish pleasure and it led to addiction. As a result, my life was being destroyed. Was I free, or was I deceived? I was in bondage, but was convinced I was free. This is indeed strong delusion. Now, I am free from the power of that darkness and my life has meaning and purpose. With the push to legalize drugs and gay marriage, there is a ground swell of strong delusion that lies against the truth. “But if you have bitter envy and self-seeking in your hearts, do not boast and lie against the truth. This wisdom does not descend from above, but is earthly, sensual, demonic” (James 3:14-15, NKJV).

The god of science has been the most unique deception in our age. Science promises the answer to all things and yet it cannot answer the most basic questions about life. It claims evolution is the answer, yet the six million species have none of the billions of changes called links in the fossil record. It is the same enticement that Satan had in the beginning and that the tree of knowledge represents. Knowledge is beautiful to look upon and is very enticing, but there is no life in it.

The answer has never been in knowledge and it is not the ultimate truth. The fruit of the tree of knowledge does not answer the deeper questions of life. Science will never uncover the mystery of life. Life did not come from knowledge but rather came from the spirit of love.

The last days are upon us, but we should be hopeful in spite of the times. If we again proclaim truth and stand for righteousness, perhaps God will stay His hand from the destruction of the wicked. It really depends on us.

Author, pastor and counselor, Bruce S. Campbell received his Master of Divinity from New Orleans Baptist Theological Seminary. His latest novel and companion study guide, The Beginning: Prelude to the Apocalypse, discuss many of the paradoxes of the Christian faith. In 2009, Bruce and his wife, Jill, founded “The Secret Place” to counsel ministers who are struggling in sin or need to be renewed in their faith. For more information, visit www.BruceSCampbell.com.

One Reply to “Four Missed Signs of the Last Days”