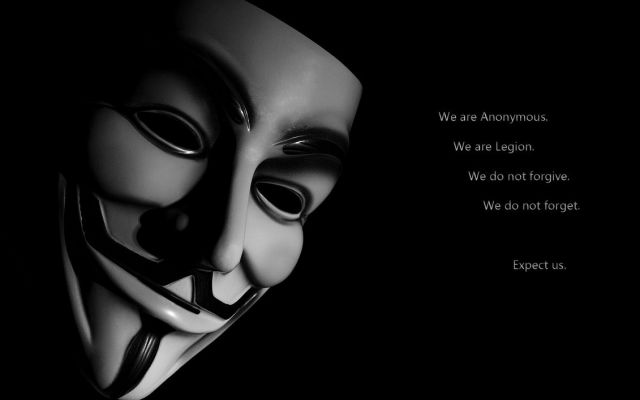 The hacktivist collective known as Anonymous has now confirmed that homeless people of our country are being shipped to FEMA camps against their will. I posted about this issue in the last couple of weeks and now Anonymous has taken up the cause. The government is starting to herd the people into the FEMA depopulation slaughterhouse, for the “crime” of being homeless in fleets of prisoner transport trucks.

It begins with the homeless. Then another group, then another, Until, well, just remember Germany. It isn’t pretty…

According to MSN, the Columbia City Council unanimously approved the plan, creating special police patrols, that would enforce “quality of life” laws, involving loitering, public urination, and other crimes not necessarily restricted to the homeless population.

Those officers would then offer the homeless a choice:

The Trigger: When This Happens You Know You’re Days Away From A Nuclear War

Go to jail for their homelessness or be shuffled to a 240-bed, 24-hour shelter on the outskirts of town, which they wouldn’t be allowed to easily leave.

According to the Activist Post, the Columbia South Carolina plan is already complete with an urgent Emergency Homeless Response report. And that report includes information about hauling the homeless away in transport vans to an already stationed shelter with workers, phone number for townspeople to report “the person in need,” an officer stationed to control foot traffic, public feeding moved there, more foot patrol officers for the city to keep out the homeless. Oh, and the homeless can’t walk off the premises!

If they want to leave, they must get permission, set up an appointment and be shuttled by a transport van. A patrolman will guard the road leading in to make sure homeless don’t wander off downtown.

Ex-prisoners will be shuttled there unless someone picks them up from the county jail. No foot traffic allowed, only shuttle van arrival. The plan is a city plan and not a federal government plan.

But this is not the only area making it a crime for being homeless. It turns out that since 2011, the city of Boston is moving its homeless out of the city into what they call “Home Base”, near Salem, away from the city. People in Southern California, were getting concerned from homeless disappearing off the streets.

Recommended: The Worst 10 Things Non-Preppers Will Be Forced To Deal With When TSHTF. (#5 May Be Fatal!)

Most of the homeless in places like Sacramento, are taken and driven out of town in tent cities of their own. They have made it a crime to be homeless, and round them up and move them there. They are guarded, and people have hotlines to call if they spot a homeless person. They ship them out and place them in these camps. They are not permitted to leave, and they are not permitted to wander the streets of the bigger cities without a permit. If that is not a determent camp, I don’t know what is.

They are moving to make it a crime to be homeless in Miami as well.

Where are they putting the people from these “round ups”?

This is almost like the 1940′s rounding up of the undesirables, happening right before our very eyes. The only thing different is, that this is the United States, and not Germany.

Now we have the cutting of EBT, and Food Banks by 5 Billion.

Unemployment continuing to sky rocket, and over 3.5 million homeless with the numbers growing daily. We have 18.5 million vacant homes, and homes in Detroit, that are being sold for a dollar, but we can’t find places to house people other then FEMA camps? I think we all know what happens from here, if we continue to let it.

When the people of bigger cities wake up to find that all the homeless have disappeared over night, you actually know where they are. The question is, are you next?

In closing, I want to remind you all that there are 3.5 million homeless in the US, and 18.5 million vacant homes. So, can anyone tell me why do we keep voting, if politicians can never fix any of the real problems of our society? This system is corrupt and obsolete, and it has to go!

Recommended: EMP Attack On America – Preppers Vs Non-Preppers In The First 72 Hours – Who Will Live, Who Will Die

FEMA Denies Camps Are Planned “Herding Points” For Proud Patriots. But Their Plan Is Actually Worse!

9 Replies to “Anonymous : Homeless People Are Sent To FEMA Camps In USA. And So It Begins…”