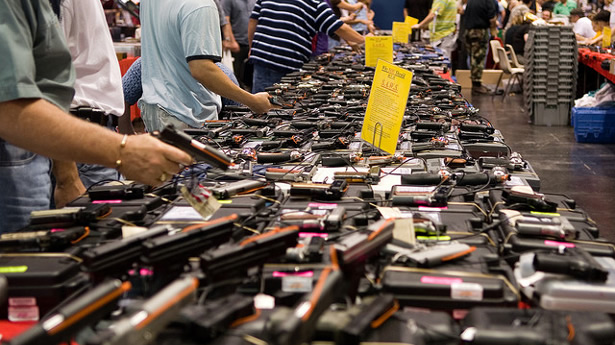 A woman in Bloomsburg, Pennsylvania was hospitalized after being shot in the leg at a gun show, WNEP reported.

Columbia County police said that Krysta Gearhart was shot by Geoffrey Hawk as he attempted to demonstrate how a concealed carry holster worked.

WNEP reported that there were not supposed to be any loaded weapons at the Eagle Arms Gun Show on Saturday, and that Hawk, the owner of “In Case of Emergency,” should have been using a plastic gun to demonstrate how the holster worked.

Police said that there was no magazine in the weapon Hawk used to shoot Gearhart, but there was a round in the chamber.

Eric Bower told WNEP that he heard the gunshot, followed by Gearhart’s scream.

“Everybody paused for a second and their initial reaction was making sure there wasn’t more, and then they rushed to her aid,” he said.

Many of the vendors were upset, Bowers added, because Hawk’s lack of attention to basic gun safety “makes them look bad.”

Watch the report via WNEP below.