A Navy reservist and a Marine veteran are among the police officers killed in the Dallas sniper attack that claimed the lives of five police officers and wounded seven others. The alleged gunman has been identified as a former Army reservist.

Master-at-Arms 2nd Class Patricio Zamarripa was killed Thursday night in a hail of bullets from a shooter who took aim from an elevated position at police officers providing security at a Black Lives Matter protest in the downtown area.

Brent Thompson, Dallas Area Rapid Transit police officer, served in the Marine Corps from 1991 until 1994, according to his official military record. He was a basic administrative Marine who left the serve as a private first class. His last duty station was with Headquarters Squadron at Marine Corps Air Station Cherry Point, North Carolina. 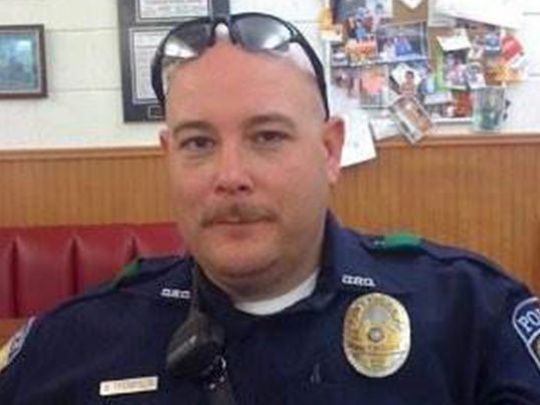 Dallas Police Chief David Brown said Friday morning that at least one shooter told police he was upset over recent high-profile police shootings of black men and wanted to kill white police officers. Brown said the shooter claimed to be acting alone and was not affiliated with any groups.

A Navy spokesman confirmed Zamarripa was among the dead.

Zamarripa joined the Navy August 2001, and served with Mobile Security Squadron 21 in Portsmouth, Virginia, at Naval Air Station Pensacola, and with Naval Security Force, Manama, Bahrain, before transferring to the Navy Reserve in 2009. He was currently assigned to Navy Cargo Handling Battalion 13, Gulfport, Mississippi, according to a bio provided by Navy officials.

Zamarripa’s father, Rick, told The Washington Post his son was a combat veteran who had completed three tours in Iraq.

“He comes to the United States to protect people here,” his dad said. “And they take his life.”

Zamarripa is survived by his wife, Kristy Villasenor, and his daughter Lyncoln, according to the Post.

On his Zamarripa’s Twitter account, he wrote, “Addicted to the thrill of this job. I own the night. I love my Country, Texas, Family, God, Friends, and Sports! Don’t Tread on Me! ‘Merica.”

“We will definitely miss him, and we are also making sure that his family is taken care of,” Spiller said.

The slain officer’s LinkedIn details his work in Southern Iraq and Afghanistan as an international police liaison with DynCorp International. From 2001 to 2004, he was an instructor at the Texas-based Navarro Police Academy. 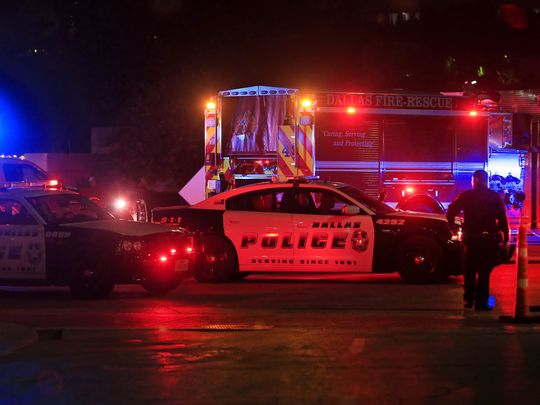 Authorities initially said three suspects were in custody and a fourth dead, according to the Associated Press. Hours later, officials were vague and would not discuss details.

Brown, the police chief, told reporters that snipers fired “ambush-style” on officers, adding that the suspects “triangulated” in the downtown area where the protesters were marching and had “some knowledge of the route” they would take. Brown also said it appeared the shooters “planned to injure and kill as many officers as they could.”

The shooting has sparked speculation that the suspects had some prior training or knowledge of tactics and firearms handling.

The Army on Friday confirmed that Micah Johnson, 25, who was identified by a Texas law enforcement official as the slain suspect in the attack, served in the Army Reserve.

Johnson, of Mesquite, Texas, was a carpentry and masonry specialist and private first class who served from March 2009 to April 2015. He spent his career with the Reserve’s 420th Engineer Brigade in Seagoville, Texas, deploying with the unit to Afghanistan from November 2013 to July 2014.

Brown said the suspect told officers he was upset about recent shootings and wanted to kill whites, “especially white officers.” The man also stated that he acted alone and was not affiliated with any groups, Brown said.

Brown said Friday that his department used a robot-delivered bomb to kill a suspect, now identified as Johnson, after hours of negotiations failed.

A robotics expert says Dallas police appear to be the first law enforcement agency to use a robot to kill.

Peter Singer, of the New America Foundation, says the killing of a suspect in Thursday night’s standoff is the first instance of which he’s aware of a robot being used lethally by police.

Singer said in an e-mail Friday that when he was researching his 2009 book “Wired for War,” a U.S. soldier told him troops in Iraq sometimes used MARCbot surveillance robots against insurgents.

One Reply to “Dallas Police shooting: Victims served in Navy and Marine Corps, suspect had been in Army”