As the election heats up, political pundits and Republican establishment candidates are doing everything they can to convince you that they are staunch supporters of the 2nd amendment. But one look at these people’s voting records, and past statements, shows how full of crap they are really are.

But, but… the NRA, Glenn Beck, and the so-called conservative talk show hosts told me that the Republicans supported the 2nd amendment…

Time to burst a couple bubbles, and offend the sycophants who hang on every word that comes out of the mouths of talk show hosts like Glenn Beck and Mark Levin; believing everything they say is somehow conservative gospel that can’t be questioned.

Republicans have Caused Nearly as Much Damage to our 2nd Amendment Rights as Democrats!

The truth about many of this year’s candidates, and many of the Republicans who have been written into the history books as pro-gun conservatives, is very few of them actually support the 2nd amendment. Oh they talk a good game, and some of them may even be pro-gun; but pro-gun doesn’t always mean pro 2nd amendment. In fact, when some of these guys say they are pro-gun, it usually doesn’t extend very far past “sporting purposes.”

When choosing a candidate, we need to be extremely careful who we choose; we need to remember our history, and remember what past so-called pro-gun, Republicans Presidents have brought us.

Let’s start with someone who seems to be off limits; a president who for some reason has become the face of conservatism. You know; the guy who was once a Democrat until he became the savior of the Republican Party…. 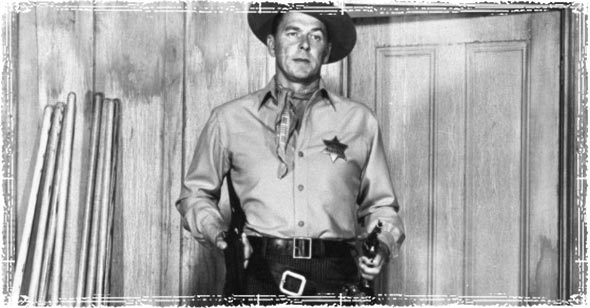 Ok, here is where the people who believe everything they here on The Glenn Beck and Mark Levin show start to lose it… “How dare you say anything about the great Conservative Ronald Reagan!”

Well, let’s take a look at the real Ronald Reagan and his record on guns.

While the NRA likes to pretend the Firearm Owners Protection Act of 1986 was “the most sweeping rollback of gun control laws in history,” the facts don’t really support that claim.

On May 19th, 1986 Ronald Reagan signed the Firearm Owners Protection Act. Sounds great until you realize the bill actually banned the sale of all full-auto firearms to civilians, which eventually opened the door to restricting civilian access to semiautomatic firearms.

Two years after he left office, Reagan helped push through one of the biggest attacks on the second amendment to be signed into law, the Brady Bill. In 1991, he wrote an op-ed for The New York Times, which helped galvanize Republican support for the bill. Without his efforts, the bill would have never passed

While this law was passed well after his time in office, Reagan played a critical role in pushing through the Assault Weapons Ban of 1994. He used his power and influence as a former President to lobby Republican Congressmen and Senators into supporting the bill.

Conveniently, Levin, Beck, and Limbaugh always seem to leave these facts out when talking about the so-called “great one.” 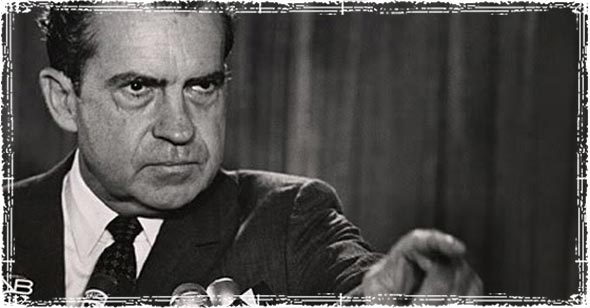 In 1969, journalist William Safire asked Richard Nixon what he thought about gun control. “Guns are an abomination,” Nixon replied. According to Safire, Nixon went on to confess that, “Free from fear of gun owners’ retaliation at the polls, he favored making handguns illegal and requiring licenses for hunting rifles.”

In remarks recorded in the Oval office on May 16, 1972 Nixon showed his hatred for the 2nd amendment.

“I don’t know why any individual should have a right to have a revolver in his house,” Nixon said in a taped conversation with aides. “The kids usually kill themselves with it and so forth.” He asked why “can’t we go after handguns, period?”

Related article: Are We Living In A Police State? If Someone Broke Into Your House Are You Just Going To Sit There If You Have The Means To Protect Your Family? 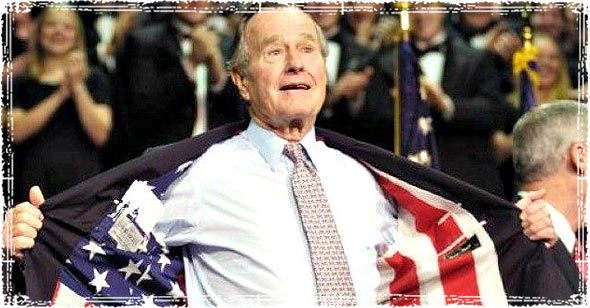 Not to be outdone by his predecessor, Bush is responsible for banning more guns than any other President before him.

It was President George Bush, Sr. who banned the import of so-called “assault weapons” in 1989, and promoted the nonsensical – and very unconstitutional — view that Americans should only be allowed to own firearms suitable for “sporting purposes.”

In March of 1989, Bush banned the import of foreign-made, semiautomatic assault rifles deemed not to have “a legitimate sporting use.” This helped pave the way for the Federal Assault Weapons Ban of 1994. 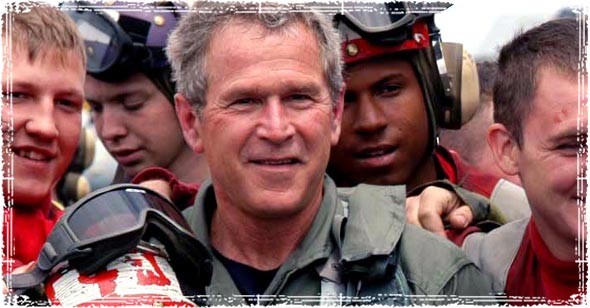 When he ran for office in 2000, President George W. Bush campaigned on extending the Assault Weapons ban, first passed by his father in 1989 and then expanded under President Clinton in 1993.

While the bill never made it to his deck, Bush was praised by Congressional Democrats for vowing to reauthorize the 1994 assault-weapons ban. He stated that should congress reauthorize the bill, he would sign it and make it permanent.

Gun Control Measures that Bush Supported throughout his Political Career.

Those of us who believe in our Second Amendment rights need to pay close attention to what’s going on here. With one deciding vote on the Supreme Court being the only thing keeping the wolves at bay, this coming election could have dire consequences for gun owners. 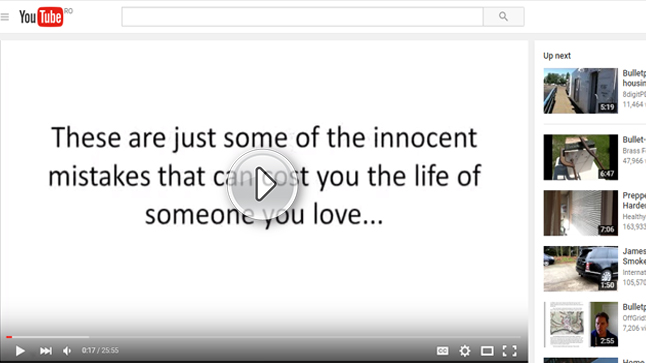 by: Robert Richardson, Off Grid Survival

6 Replies to “Anti-2nd Amendment Republicans: The Facts the NRA & the Republican Party don’t Talk About”