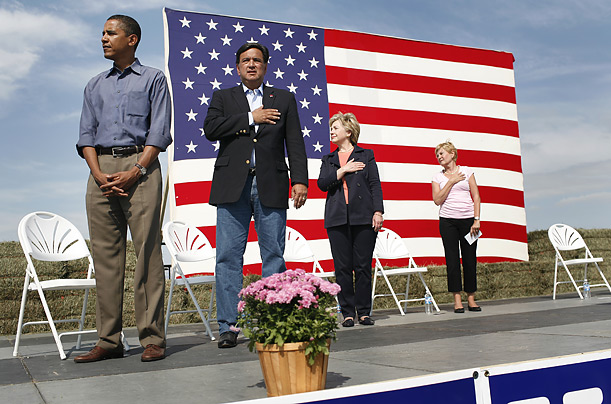 Ex-CIA deep cover agent, Dr. Jim Garrow has stated that a military coup against Obama is inevitable. Despite Garrow’s pronouncement, the facts speak for themselves. Even if the military was not loyal to the American people and could care less about the preservation of the Constitution, the military must fight back if for no other reason than simple self-preservation.

As a nation, we can afford bouts of economic downturns, civil strife and even some degree of political mistrust of our leaders. A nation can take definitive steps to recover these maladies. However, the one thing that America cannot tolerate is the compromising of our military, and since Obama has been president, the effectiveness of our military has been greatly compromised as witnessed by the firing of 200+ command level officers.

A Crisis of Military Leadership

The number of generals either drummed out of the service or forced into early retirement since Obama took office is growing by the month. Untruthful pretexts have been manufactured by the Obama administration to usher out many of our top military commanders. Many of these generals were among our most effective and experienced military leaders. Almost all of these generals are being replaced by men with less military experience and this fact alone leads to a less effective military.

This unprecedented parade of musical chairs, being played out against our military leaders, began when Obama demanded the resignation of General McKiernan. This marked the first time, since the time of the Korean War when General Douglas MacArthur was fired by President Truman in a disagreement over strategy, that a battlefield general was fired by a president. The strategy backfired in Korea and it backfired in Afghanistan as McKiernan was deemed to be to old school to suit Obama. He was old school to Obama because he wanted to kill the enemy while minimizing American losses. Obama wanted to adopt a policy which allowed the enemy to open fire first which, before Americans could return fire. This has surely caused the casualty rate to rise.

After he was fired, McKiernan challenged Obama’s impotent leadership by stating that “I don’t understand ever putting your men and women in harm’s way, without their having the full ability to protect themselves. That also means operating on actionable intelligence to defeat insurgents, and protect your forces.That’s how you keep your soldiers alive.” Obama apparently does not care how many soldiers get to come back home to their families.

Following McKiernan, Obama appointed Stanley McChrystal. But very soon, the new general grew weary of forcing his troops to accept fire before shooting back for fear of offending the Afghans. McChrystal later claimed that he had presented a plan to Obama for defeating the Afghan resistance, but Obama continued to promote rules of engagement which served to make the Americans a less effective fighting force. The relationship between McChrystal and Obama became strained and McChrystal was fired over a negative Rolling Stone article, written by Michael Hastings, that revealed that McChrystal had become disgusted with Obama. Petraeus replaced McChrystal who was in-turn quickly replaced by General Allen who then became entrapped in the same scandal, and the confirmation of General Dunford had to be rushed through and subsequently completed in record time. Count them, Obama has gone through four generals and is now on his fifth battlefield commander. His firing of two-four star generals is unprecedented in American History. This is what Stalin did when he assumed the dictatorship of Russia and it almost cost the Russians victory in WWII. The war in Afghanistan is lost thanks to Obama.

General Mattis, the Commander of Central Command offended several administration personnel and was fired on the spot. Admiral Gayoutte, the former commander of Carrier Task Force Three, operating in the Gulf, was fired last fall. General Hamm, the former commander of AFRICOM was fired last fall as well. Gayoutte and Hamm both tried to launch a coordinated rescue mission designed to save the life of Ambassador Stevens in Libya. Both leaders were refusing to follow a Presidential order, delivered through Leon Panetta, to stand down with regard to the Stevens affair. Both men were arrested prior to dispatching the rescue troops.

To this point, we may just have a case of gross incompetence. Yet, aren’t we supposed to fighting al-Qaeda? According to our government, did al-Qaeda plan and carry out the attacks of 9/11? Then why are we supporting al-Qaeda in Libya and Syria? Treason of stupidity?

When the leadership of the military is greatly compromised, it cannot help but to weaken the fighting effectiveness of our troops. There is more, but suffice it to say that Obama goes through senior military leaders more times than he changes his underwear.

Air Force combat pilots are leaving the Air Force at an alarming rate and, as such, this has constituted an emergency. The USAF is now offering bonuses that amount to several hundred thousand dollars in a desperate attempt to retain their services. The pilots cite the low pay (Obama just slashed Congressionally approved pay raises by over half), being overworked and the ability to find more lucrative employment in the private sector.

Following the inauguration, the President , according to Major General Patrick Brady (Ret), is supposed to attend an inaugural balls honoring veterans, including  a special ceremony for Medal of Honor winners. Obama did not attend, thus, making him the only President to snub such an important military event. 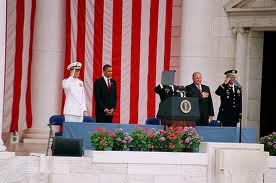 And he refuses again!

Under Obama, women are now being groomed for combat. This will significantly weaken our military as a fighting force. Women do not possess the upper body strength, quickness, or stamina to survive in combat. Rape is at all-time high in the military and nothing is being done about it. The military is not a corporation. The military does not score points for fielding the most fair army, it is kill or be killed. Women’s rights apply in every other sector of American life, except the military. 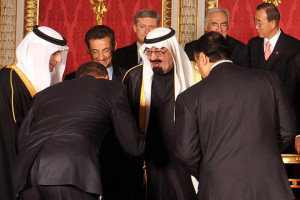 Obama may refuse to salute the American Flag, but he will bow to a Saudi King.

Obama Is Attempting to Deindustrialize the US

When Obama was first elected, he attempted to get congress to support his cap and trade legislation which would have reduced individual energy use by an estimated 80%. This would have been national suicide. I almost forgot to mention that Obama and his Senior White House adviser, Valerie Jarrett, helped to found and then fund the Chicago Climate Exchange which was to oversee a 10 trillion dollar per year management of cap and trade activities and policies. Now, Obama is seeking to bypass Congress and have the EPA impose carbon emission regulations. This is unconstitutional and it will effectively nationalize the American energy industry and place it under the control of Obama. The net effect, is that America is being deindustrialized through these cap and trade policies.

America is being crushed by high energy rates, but Obama uses every regulatory power to stop drilling for oil and natural gas, denies permits for construction of nuclear power plants, and discourages the use of coal, oil shale and tar sands, where our reserves dwarf those of Saudi Arabia, and he killed the Keystone Pipeline. This cannot be explained away solely based on environmental concerns, because Obama applauds and promises to financially support Brazilian deep-water oil drilling.

Today, businesses are afraid to hire new employees because the government has captured the health care system on behalf of Big Pharma and the managed health care industry and nobody knows what is going to happen. Obamacare has unleashed massive new taxes and regulations, all of which are economy killers. Along with the death panel policies which are beginning to come to light, every American should look under their collective beds before going to bed.

The Most Unconstitutional President in History 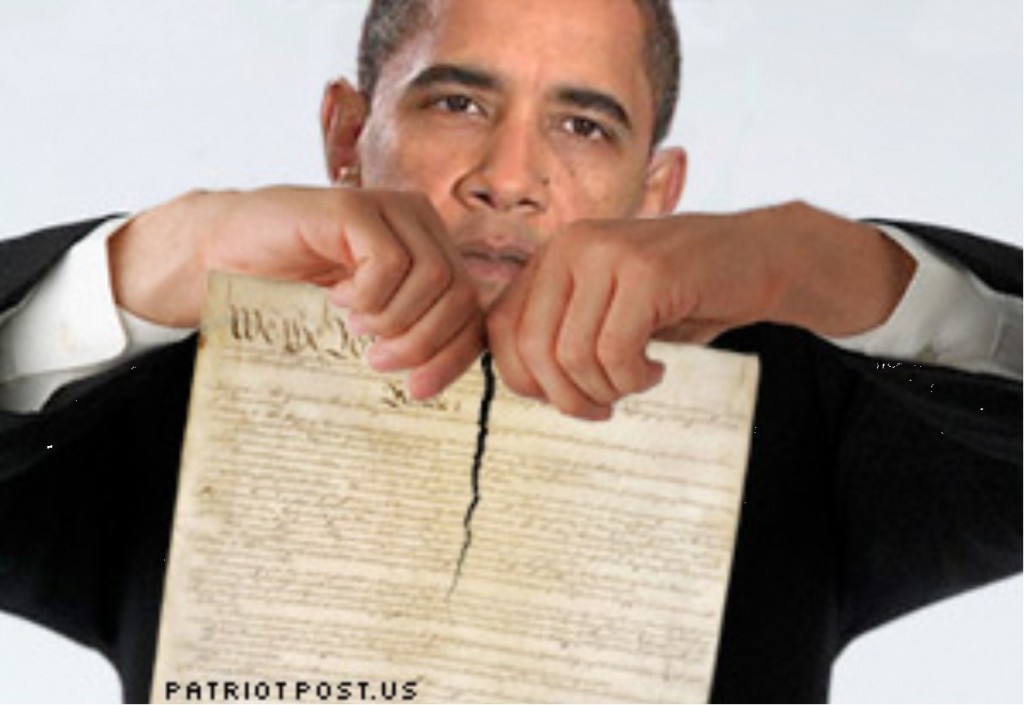 By signing the NDAA into law, he made the US government one of the most lawless nations on the face of the earth. Under the NDAA, an American citizen can be snatched off of the street, without due process (violation of the 5th Amendment).  Attorney General Eric Holder has asserted the right for Obama to murder US citizens under the NDAA.

Under Executive Order 13603, Obama can seize every resource, including all food and water supplies, both public and private, in the country and he can also conscript its citizens for any purpose.

The Most Divisive President In American History

Can there be any question that Obama is intentionally dividing Americans on the basis of race, economic class, gender, sexual orientation and, sometimes, religion. The fact that he ordered the Department of Justice to open an investigation into the Trayvon Martin case only inflamed the highly volatile case. This was, and is, a local law enforcement issue.

Obama’s policies are forcing Christians from the military in record numbers. Obama is forcing the military to accept open homosexuality in the military, while punishing soldiers for having open heterosexual relationships. As one general told me, the politically correct police are patrolling the halls of the Pentagon. Many veterans have told me that Obama’s new military provides benefits to people of Islamic faith not afforded to Christians. Along these lines, Obama cancelled the National Day of Prayer, while instituting the Muslim Day of Prayer. This is hardly equitable.

Prior to running for president, it has been widely reported that Barack and Michelle routinely attended religious services where the volatile and crude, as well as Un-American rhetoric was commonly preached from the pulpit of Jeremiah Wright.

The Destroyer of the Economy 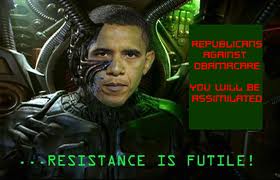 Obama still blames Bush for the economy, but he claims the country is in the midst of an economic recovery. The recovery is working so well, that the number welfare recipients outnumbers the number of fulltime workers (101 million to 97 million). New job creation is at a standstill, energy prices are unrelenting and college loans administered by this President are astronomical. Obama has increased the national debt faster than the last five presidents combined. Does any of this sound like recovery to you?

There Is No End in Sight for Obama’s Destructive Policies

What did Michelle Obama mean when she said she’d never been proud of America in her adult life before her husband’s election to the highest office in the land? Why is Obama so insistent about the United States deferring to international bodies in the conduct of its foreign affairs? Why is he so determined that our nuclear and conventional forces and our military space program as well as our missile defenses be scaled down? He is taking a page right out of Benedict Arnold’s book of treason when he tried to give away the vital fort of West Point to the British. 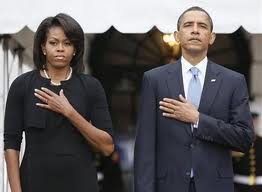 One does not have to be a conspiracy theorist to recognize the damage Obama is doing to the country and I haven’t even touched on his administrations lawlessness and his intent on signing the UN Small Arms Treaty Ban.

Is he a traitor or just plain stupid? I would say he’s both. However, treason trumps stupidity and this President needs to be impeached and tried for treason. And since Congress is bought and paid for, it is up to the military.

By common sense, Before Is News