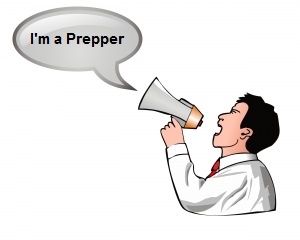 Sometimes, I think that there are as many “survival blogs” and “doomsday prepper” sites as there are preppers – why 90% of people that’s been prepping over a week feel that they have to start a “survival blog” is beyond me. There are thousands of such sites online already, and most get little or no traffic and it’s a sure way to blow your operational security.

And to make matters worse the more popular a blog or website gets the less secure the owner is. Trust me, you can use a “pen name”  or list your location as somewhere “west of the rock mountains” but if you run a blog and the federal government becomes interested they will have no problem finding out who is behind it.

I’ve read a lot of comments from folks expressing concerns about reading or commenting on such sites – but really, if they start rounding up ”survivalist” and “preppers” who do you think will be first on their list? Yep, that’s right… James Wesley Rawles, Mac Slavo, Jack Spirko, Lisa Bedford and you guessed it M.D. Creekmore.

We all know that long-term survival takes a community, after all no one survivor can know or do everything needed themselves. We need the labor, skills, companionship and protection that is offered by a group. Unfortunately, most people aren’t prepared, and will try to take what you have if they need it and know that you have it. And that includes your neighbors – It’s best to keep your mouth shut for now, then see how they react after the balloon goes up.

After a while people will naturally start to form groups and communities for their own survival and you can become part of (or the leader) that group if you have skills to offer. Skills are more important than “stuff” when trying to join an existing group after a major long-term SHTF event, because they will need your skills but they might just take your stuff…

3. Telling anyone other than your immediate family

See number two above. Not keeping everything on a strict need-to-know basis is one of the surest ways of blowing your operational security and chances of survival. Think before you brag, boast, rant or run off the mouth to anyone, because that stranger that you struck up a conversation with at the local hardware store or salon, and causally mention that you’re prepping and stockpiling will probably be the first on at your door when the crunch hits.

4. Not keeping your children under control

Kids like to talk and brag almost as much as adults, it’s in our nature. If they’re teenagers make sure that they know not to say anything about what you’re doing or stockpiling. And heaven forbid that they would actually, take their friends down to the storage area and show them everything that you have. I know a guy that this happened too – he wasn’t very happy.

With younger children you’re probably better off letting them know as little as possible about what you’re doing. But remember they listen to everything you say, and know far more about what is going on in your home than you would think. Some “teachers” like to interrogate their pupils in an attempt to dig up dirt on the parents, so if possible home school your kids.

5. Get raided by police

I don’t believe that any of my readers are into or engage in illegal actives, such as drug dealing or manufacture, child abuse etc. and if you are then I hope that you do get caught. But some might have some “shady” stuff, that the law would frown upon and give you a 3:30 AM no-knock visit if they knew you had it. While I don’t advise that you have or own anything illegal, I know that some of you won’t listen and will do it anyway, if that’s you then go back and read  numbers two, three and four.

It’s a fact that most marriages and relationships don’t end well – and that most of the time the ex-lover knows details of your life that you probably, would not want them to “share” with others.  A great (and funny) example is a former female co-worker that I worked with several years ago. To make a long story short, she started dating one of the guys that also work there, they dated for a while, and eventually split-up. Well she decided to tell everyone his secret desires that involved a strap-on, lube and his anus. It got so bad that he had to quit his job.

The lesson here is to keep your preps on a need-to-know basis and pointy things away from your anus.

7. Go on national TV to tell the world you’re a prepper

Probably, 98% of the population in any given town in the U.S. isn’t prepared for even the most basic disaster, but most everyone watches TV. It isn’t difficult to figure out what will happen to those “Doomsday Preppers” who’ve appeared on the show, when their neighbors get hungry…

Joining a survival group or community may sound like a great idea, after all there is “safety” in numbers and everyone wants to belong. But the trouble is that many groups and their organizers / leaders have their own agendas and not the interests of the group in mind. And making matters worse – most groups have federal agents or informants embedded within the group structure.

After a while people will naturally start to form groups and communities for their own survival and you can become part of (or the leader) that group if you have skills to offer. Skills are more important than “stuff” when trying to join an existing group after a major long-term SHTF event, because they will need your skills but they might just take your stuff…

My advice is to stay away from survival groups unless they’re made up of very close, long-term friends or family. And don’t let any strangers in. Never. 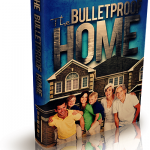 9. Allowing people to roam around your house without having your stocks well hidden

Let’s face it… most people are nosy. When you have company at your home, I can guarantee that they’ll be scanning the area and your stuff. When they go to the bathroom, they’ll be  looking in your medicine cabinet and under the sink. And if no one is around they’ll stick their head in and have a look inside any room that isn’t locked. Keep your preps locked up and away from prying eyes. And don’t leave any prepper / survival type books or magazines out in the open when just anyone can pick them up and start reading….

The only people who like to brag and run off from the mouth more than people in general are drunk people. Yep, drunks have big mouths, and being a drunken prepper isn’t cohering with keeping your operational security intact. Lay off the booze. Or at the very least, be like George Thorogood and drink alone then you can talk and brag all you want without blowing your operational security.

Original article can be found on thesurvivalistblog.net

2 Replies to “You are a target – are you ready for an attack by armed and organized looters?”