Recently, in the wake of journalist James Foley’s beheading at the hands of a British member of ISIS, we noted that Times of London columnist, journalist, broadcaster, author and progressive turned staunch progressive critic Melanie Phillips foretold of such radical European Islamization in her 2006 title, “Londonistan.”

We caught up with Ms. Phillips, who is currently in Israel, to discuss the spread of Islamic supremacism throughout Europe, and several other pertinent geo-political issues, the thrust of which echo themes contained in Phillips’ 2011 title, “The World Turned Upside Down: The Global Battle over God, Truth, and Power.”

But we started in Israel where we asked Phillips for some on-the-ground insight into U.S.-Israeli relations in light of a bombshell Wall Street Journal report detailing tensions between the Obama administration and its Israeli counterparts, including over delayed weapons transfers from the U.S. to Israel during the throes of Operation Protective Edge. What Phillips said was staggering: 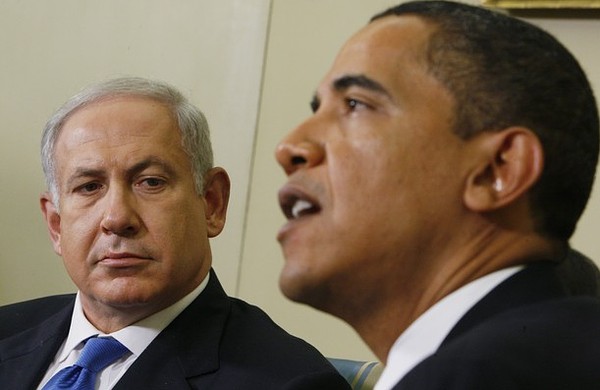 People were very shocked to find that in this row that had apparently blown up…over the Israeli government allegedly going behind the White House’s back to Congress to get authorization for more equipment [which had been perceived as a routine military-to-military transfer in Israel]…people were very shocked that as a result of that row, it would appear that Obama was basically holding up supplies at a time when Israel was under such terrible pressure and under such terrible attack.

And then at the very same time Obama signed this mega…arms deal with Qatar. Qatar is on the wrong side of the battle for civilization. Qatar is behind Hamas…is behind Islamists. And people are astonished and horrified that the country that they’ve taken for granted…as an ally of Israel, not only can’t be relied on…but also is suspected of acting for Israel’s enemies.

And behind all of that, people are extremely concerned about the role that America is taking in pushing what people here…see to be coming, which is a cave-in to Iran, which basically will enable Iran to progress — maybe a little more slowly than otherwise they might have liked — but enabling Iran to progress to get the bomb. [Link ours]

Following up on this question, we asked Phillips for her comment on the recent realignment of power overall in the Middle East, and the notion that America has stepped back from its traditional role as a supporter of secular but authoritarian regimes that kept relative peace in the region. Phillips asserted:

“Obama is aiding the enemies of the West”

Obama is aiding the enemies of the West. I mean he’s aiding Iran. He’s enabled Iran to become this really strong force in the region. He’s aiding people like Qatar and Turkey. He is aiding the Muslim Brotherhood. He’s trying to punish General Sisi…General Sisi is intent on stopping the Muslim Brotherhood, and he probably alone in the region can stop the Brotherhood; he can stop them in Egypt, and he should be given every assistance by us [the West] because the Brotherhood are a mortal threat to us. Egypt is not a mortal threat to us. Instead Obama is taking the side of the [Muslim] Brothers.

…Time and again, President Obama seems not to be simply withdrawing from the global fray. That would be bad enough…to leave a vacuum. But he’s actually aiding and abetting the enemies of the West.

This portion of The Blaze interview, which you can find below, begins at around 6:21.

During the interview they also discussed a number of other issues, including:

By Benjamin Weingarten, The Blaze

2 Replies to “World turned upside-down: Former progressive British author explains how ‘Obama is aiding the enemies of the West’”