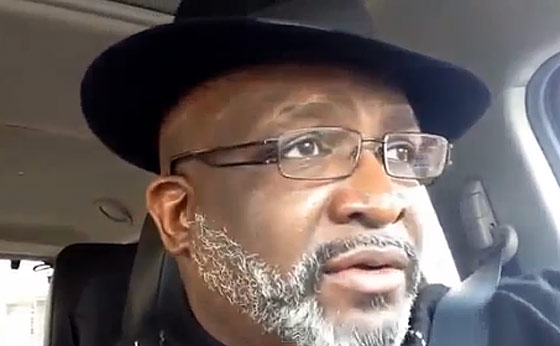 A candidate to represent Georgia in the U.S. Senate has issued a warning to middle-class America about Washington’s plans to control guns.

“The Second Amendment is not about hunting,” he said. “It is about protecting ourselves from a tyrannical government.”

“Make no mistake about it. Gun control is NOT about crook control. It’s about AMERICA control. That’s what they want to do,”

His comments appeared on a video that was posted online a few weeks ago but recently has started getting attention.

On his “drive time” video, Grayson explains his view of the constitutional guarantee that individuals can keep and bear arms.

Once through the short advertisement (not my doing), the next four minutes tell it like it is…

Also read: The 5 First Symptoms of SHTF to Know When Your Survival Mode Has to Kick In

“Crooks don’t give a damn about gun control laws. They’re crooks. That’s what they do.”

“You all need to understand and see what’s going on with this country and what they’re trying to do.”

“…we will find ourselves disarmed, and when we become disarmed – it’s over. It’s over. That is what that is. I just don’t know how else to tell you, but you all need to wake up and smell this coffee on these gun control issues. Don’t let them take your guns. When they take your guns, and they disarm you, Lights Out.”

Learn how to Prepare! And do it the old fashion way, like our fore-fathers did it and succeed long before us, because what lies ahead of us will require all the help we can get. Watch this video and learn the 3 skills that ensured our ancestors survival in hard times of  famine and war.

What do you think about what Derrick Grayson said in his short video?

24 Replies to “We Will Find Ourselves Disarmed, And When We Become Disarmed – It’s Over”