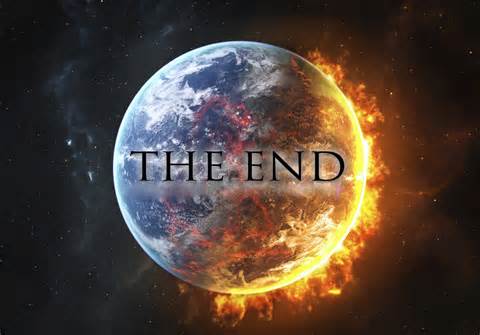 In the movie Knowing, starring Nicholas Cage, the main character is faced with the burden of comprehending a written code revealing the exact dates and GPS coordinates of large-scale catastrophic events. The movie is outstanding and well worth watching, by the way, but could it ever be true?

Not at such precision, I would submit, but we can know when certain catastrophes are likely to occur based on an understanding of human behavior, historical patterns and modern-day trends. In fact, much of modern-day human behavior is pushing us directly into a long list of catastrophic, systemic failures which are mathematically inevitable. This article aims to help sort out the likely calendar years of likely emergence for such events, which include things like the irrigation aquifers running dry, the world’s oil supply running dry, nuclear energy disasters, a global banking collapse and more.

The legacy of human civilization and its tragic self-destruction

To date, the legacy of humankind is a tragedy of chemical poisoning, nuclear weapons, short-sighted resource extraction and corporate-driven war. Humans are a species suffering from astonishing tunnel vision interwoven with insatiable greed and a thirst for violence. The fall of human civilization from its current unsustainable exploitations is not in question… only the timing of events remains unknown.

As the final chapter of human civilization seems to draw ever closer with each passing crisis, many of the more observant people wonder what’s going to spark the collapse first. Pope Francis (yes, the Pope) recently warned that the global economy is approaching a moment of collapse. (1)At the same time, many of our world’s most brilliant computer scientists are warning about the rise of AI and why superintelligent machines will soon make humanity obsolete.Those concerned about global warming say climate change will collapse the food supply (due to weather radicalization) and cause mass starvation while drowning the world’s largest cities under ocean water. This scenario, fortunately, is one of the longer-term predictions, taking centuries to fully unfold.Peak Oil observers point out that the petroleum economy upon which the world is based is rapidly heading to “EMPTY.” Once the oil runs out, what will power the transportation system upon which nearly everything in the economy is based? (Food, medicine, manufacturing, agriculture, employment, etc.)Independent economists warn that the global debt-based banking system is headed for imminent collapse that will shutter the world’s largest banks and cause all customer deposits to be forfeit.Meanwhile, environmentalists rightly warn about genetic pollution from engineered crops, the mass poisoning of our farms and oceans with toxic pesticide chemicals, and the dumping of heavy metals, pharmaceuticals and hormone disruptors into the environment. How can life be sustained on a planet that’s increasingly covered in industrial poison?In truth, every one of these groups has a valid point in one way or another. But each of these risks for humanity has a very different likely timeline of likely emergence. So for the “Collapse Calendar” shown here, I’ve put together a “best guess” of the likely times in which each of these issues might become a legitimate concern. These years are not entirely my own personal guesses but rather an aggregate extrapolation of trends and predictions I’ve observed across many fields: the scientific community, environmentalists, alternative economists, geologists, astrophysicists and so on.

The Collapse Calendar: when the events are most likely to unfold

This list is ordered from the most near-term to long-term. The year range indicate years in which the named events MAY occur (are most likely to occur based on current trends).2014 – 2025 World’s debt-based banking system suffers catastrophic debt collapse due to wildly over-leverage derivatives combined with endless money creation by central banks.2014 – 2034 Over the next 20 years or so, the odds of either a major nuclear power disaster — or a catastrophic worsening of the Fukushima Daiichi facility — is shockingly high. As we’ve already seen, nuclear disasters can be set off by natural disasters such as earthquakes. Nuclear power plants can also be compromised by power grid failures and EMP weapons (see below).2015 – 2035 Over the next two decades, the chances of a deadly global superbug rising out of the failed medical deployment of antibiotics is extremely high. We have entered the “post-antibiotics era,” medical authorities have now admitted, and superbugs are widely circulating in hospitals and among the public that have no known treatment or cure. Just this last week, over 75 scientists working at the CDC accidentally infected each other with anthrax, proving that even the government’s own infectious disease experts can’t reliably contain these diseases even under strict laboratory conditions. (6)2015 – 2035 Nuclear war: The risk of nuclear war or nuclear terrorism is higher than ever, with new conflicts now taking place in Ukraine as well as Iraq. Tensions are heating up between America, Russia and China, in large part over the choice of which global currency will be used for petroleum exchanges (presently it is largely the dollar, but Russia wants to change that). There’s also the ever-present wildcard nation of North Korea, which continues to possess and test nuclear weapons.2018 – 2060 EMP attack on America’s power grid: Once North Korea manages to figure out how to affix high-yield nuclear weapons to long-range intercontinental ballistic missiles, it will be able to fire those missiles into high-altitude detonation patterns over North America, causing a voltage cascade that will destroy the entire power grid across the nation. It’s called an “EMP weapon,” and the threat is very real. Fortunately, North Korea is still several years away from successfully deploying a long-range missile. Should it ever get close to actually being able to deploy such a weapon, I have full faith that the American CIA will find some covert, off-the-books method of nuking the North Korean government back into the Stone Age (and maybe even setting the Korean people free from the “Kim Kult” in the process).

2020 – 2120 Peak Oil kicks in, causing a century-long steady decline in global oil production combined with a steady rise in oil prices (which translate into more expensive food and other consumer goods). Look for massive socioeconomic changes across the Middle East, and especially in Saudi Arabia which is likely to experience a popular revolt and violent government overthrow before the year 2040.

2025 – 2090 Many of the world’s water aquifers that irrigate the mass food supply run out of water, turning agricultural lands into deserts. The map on the right shows the Ogallala aquifer that provides irrigation for much of Nebraska, Kansas, Colorado, Oklahoma, Texas and even New Mexico. Once this water runs out, it can take centuries for it to be replenished.2029 – 2099 Futurist Ray Kurzweil predicts that 2029 is the year AI machines become “smarter” than humans. (2) Right now, Google and DARPA are developing advanced humanoid robotics that can walk, climb stairs, run, carry weapons and track humans. Once AI systems take command of these hardware platforms, many experts predict humanity’s days may be numbered. If true, the remainder of this list is irrelevant unless you are a machine reading this for the historical record.2014 – 2114 The Earth is struck by a massive space rock that destroys a major world city. Technically, this prediction timeframe is not a true indication of the situation. The reason I chose to show 2014 – 2114 is because a very large meteor strikes the planet (actually, exploding in the atmosphere and causing widespread devastation) roughly once every century. In 1908, for example, a meteor exploded over Tunguska, Russia, devastating nearly all complex life across an area of 1,000 square miles. (3)2030 – 2100 The chronic loss of farming top soils starts turning once-arable lands into Dust Bowl deserts. As Eddie Albert wrote in 1980 (yes, over 30 years ago!) (5)In the past 30 or 40 years, the heavy use of synthetic fertilizers, anhydrous ammonia, nitrates, pesticides and herbicides, DDT, etc. have doubled and tripled the yield of grain per acre . . . but at the expense of the organic matter in the soil. Rotation of crops has been replaced with monoculture: corn, corn, corn, or wheat, wheat, wheat. Everyone knows this method exhausts the soil and increases pest infestation, but people are hungry and the cash register is jingling. Yet for every bushel of corn we harvest, we lose two bushels of topsoil.2040 – 2140 Environmental collapse accelerates after tipping point of chemicals and heavy metals is reached. Mass extinction events ravage the planet, collapsing the fragile web of life and leading to the widespread emergence of infectious disease (Mother Nature’s “CTRL-ALT-DEL” for rebooting civilization).2100 – 2500 Oceans rise enough from global warming to start flooding low-elevation cities, but this disaster, if it turns out to be true at all, will happen in slow-motion, with ocean levels rising only fractions of an inch per year.2014 – 202,014 Yes, the window of this prediction is 200,000 years, during which time the massive caldera known as Yellowstone National Park is likely to violently explode, blanketing much of North America in ash and causing extreme global dimming for 1-3 years which would result in a global food supply collapse. Yellowstone explodes roughly every 600,000 years and is currently understood to be “late.” But in terms of a human lifespan, the odds of Yellowstone erupting while any of us is alive remains extremely remote.Year 2,800,000,000 Approximately 2.8 billion years from now, the sun will balloon into a massive “red giant” whose diameter is so large, it will physically engulf the entire orbit of planet Earth. (4) As this happens, of course, all life will be extinguished on our planet. But don’t worry… humans are far more likely to have already destroyed themselves before then.