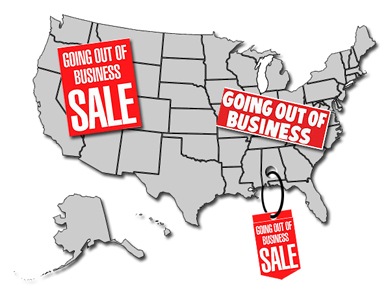 In the case of an economic collapse your life will be turned upside down. The paper that your money is printed on will be just that, paper. If you have done a good job prepping, most of your possessions will be more valuable that any printed money, and even gold.

There are some things that remain the same regardless of where you live, your money will be worthless, you will need to have an escape plan and you should have caches set up along your escape routes as an added precaution.

It is always better to walk away alive and empty handed than dead and empty handed, especially if you know you have a cache of survival supplies near by, understanding how people will react during a chaotic situation,  and finally learning survival skills will help you when all else fails or your supply runs out.

What Are Your Options

Coping with an economic collapse in an Urban setting will require fast action and survival skills, just because you live in the big city does not mean you won’t be able to utilize wilderness and military survival skills. Things you will have to think about are…

What will you do when someone tries to force their way into your home? You will not be able to hide under the bed and hope they leave, so you better have a gun, and you better be prepared to use it. Sometimes just the sound of a shell being chambered in a shotgun will run them off…but don’t count on it.

What if you find yourself in the middle of a mob of rioters? In this situation you will need to know where your safest escape route is. You could be out looking for water or supplies, and as you turn the corner “HOLY S#IT!” There are a thousand people moving in your direction. If finding an exit point is not an option you will need to stay as far away from the “action” as possible, a mob bent on looting and destruction will not pay much attention to you, unless it’s you they are after, in this case you better think harder about that exit you were looking for.

Are you being watched? The government might not be watching you anymore, but someone else might be. Always be aware of your surroundings, especially in open spaces. If you think someone is following you, walk erratically and change directions. If they are still following you will need to either stop and “solve” the problem or find an escape route. And remember, sometimes fleeing is your best option.

Plan on eventually being evicted. As everything becomes worse it will be continually harder to protect yourself and your family. Violence, gangs and criminals will be everywhere and when word gets out that you are prepared, you won’t be dealing with just one or two people anymore. Always have a plan B, and always have an escape route.

Home Security And Preps Security. Not only will civilians be after your preps, but the government will be too. The government could very well decide that it is illegal to possess more than a weeks worth of food and water and try to confiscate your supplies. Always find places to hide your food and supplies from looters and who ever feels like you need to share the wealth. Just because you had the foresight to prepare for an event like this doesn’t make you liable for the ones who didn’t.

An economic collapse in a suburban setting will be a little different than an urban setting because you might have a little, very little more time to react before the chaos reaches you. If you live a few miles outside of a heavily populated area you could have a few more options available to you. Just keep in mind that you are not far enough away from the population to reach if they want to.

With everyone wanting to get out of dodge as quickly as they can, you become a big target. The inner city’s will be completely looted and destroyed and that means you are next. Just like animals in the wild, when the food source is gone the herd moves to greener pastures…your front yard.

Know your surroundings and your neighbors. Where you live will determine how you secure your perimeter. You could use surveillance cameras and motion sensors, but if you have no power you have no perimeter. You can build traps on other deterrents on your property, just make sure your family knows where they are. I wouldn’t suggest making booby traps on your property until you actually need them because you are risking injury and liability if anyone were to spring it.

Like they say, there is safety in numbers. Having a network of people that will help each other will give you an advantage if a group of starving zombies decides they want what you have. Try to be a valuable resource, someone who can contribute and is not a liability. Be aware though, that your neighbors that are fighting by your side could turn on you if it means their survival.

What to do when the crazy masses come to visit? In a suburban area you will have a few more options available when it comes to using your surroundings as a benefit against attacks. Get to know your neighborhood and surrounding areas well, play out different scenarios about what you would do if something were to happen.Always have a plan and always plan to adjust.

Have a plan B and C. In a suburban setting you will be able to escape a situation easier than in an urban setting, as long as you are aware and have a plan. Timing will be critical because things can happen quick. You will not have time to pack the family truckster if the mob is down the street. have an bug out plan, and just like a fire drill, practice it. There is less chance your family will “freak out” if they have some idea what to do.

Self defense. Regardless of whether you are in the line of fire or not you can count on one thing, you will get visitors sooner or later. Whether you live in the city or you live in the suburbs self defense will and should be a top priority. Make sure you are not only comfortable with your gun, but are mentally ready to use it when you need to.

Bugging in or bugging out? Depending on your surroundings you might be able to last a while staying put. It all depends on where the herd of desperate people are moving. If you live behind a Walmart, I would get the hell out of there, if you have to drive 30 minuets to get to a store your chances are a little better.

A rural setting is the most desirable option when it comes to surviving an economic collapse. Unfortunately this is not possible for most of us. Having a community or a clan is going to be a huge asset for you in a rural setting. Hopefully you will have time to form a bond with your neighbors before hand, although I would still be cautious about this. Try to be someone who adds value to the community, your less likely to be cast out if you have a valuable skill. Keep in mind that you never know what even the most honest and compassionate person will do when facing life or death…this includes us.

More available options. Because you live in a rural area you will have more options when it comes to things like building an underground bunker or reinforce your perimeter. A house in the city would usually not have the property available to build a bunker and it would stick out like a sore thumb if it was highly fortified. whereas in a rural setting you have a little more anonymity and your neighbors will probably just think you are some crazy old coots…let em.

Your Primary food source should not be Safeway. In a rural setting you have far more access to mother natures food sources and have the ability to farm, trap and hunt wild animals, rather than the squirrel’s that live in city park. Almost everyone living in a rural area will have room to have chickens, goats or an area for gardening.

Self defense in a rural home. Even though the laws are the same all over the country and state by state, you can own 10 guns if you live in the country and no one bats an eye. If you were to own 10 guns in the city someone would inevitably turn you in because they thought you were going to go on a mass murder spree. It’s not fair, but it’s reality. This is probably because everyone else that lives in a rural area is a gun owner as well…good for you!

This doesn’t cover every aspect of survival in the event of an economic collapse, but its a good starting point to build on. Make sure and educate yourself as much as you can, and always take into account your living situation while prepare yourself for an event like this.

What will you do? Are you willing to take on the challenge of bugging in and defending your property? Or are you going to bug out and take the risk of being out in the open? Whatever you decide you should always have a plan for both.

How To Get Off The Grid And Save Money On Power Bills – Learn how to reduce your power bills and work to get off the grid to become more independant by setting up your own solar power operation.
How To Setup Your Own Aquaponics System – Learn how to grow up to 10 times the amount of vegetables in the same space as your regular garden with your own aquaponics system.
How To Grow Organic Food With Less Than 8 Hours A Year – This is a simple method to help counter food security, rising food costs & grow healthier organic vegies spending less than 8 hours per year.