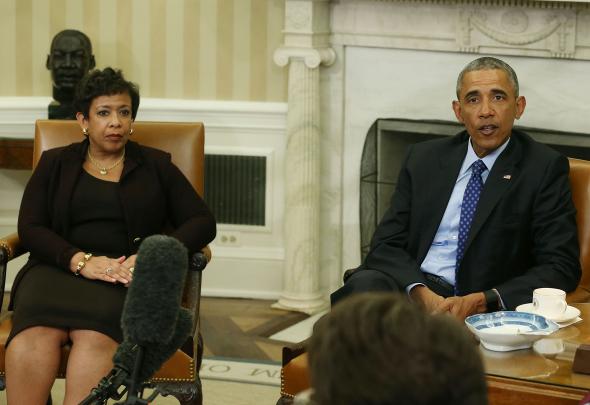 The White House will announce Tuesday executive actions aimed at combating gun violence through the expansion of background checks and stricter federal enforcement of existing gun laws. “But faced with clear legal limitations on his authority, Mr. Obama will stop well short of the kind of large-scale changes to the gun trade that he unsuccessfully sought from Congress three years ago,” according to the New York Times. The result is modest changes that have prompted Republican backlash and likely will face a court challenge.

Tomorrow, I’m taking action to reduce gun violence and save lives – protecting the Second Amendment and our kids. pic.twitter.com/vNqXEhaC9M

Related: How to Prepare for a Slow Economy

Currently, only federally licensed gun dealers are required to conduct background checks, leaving informal sales of all sorts largely unchecked. “The centerpiece of the president’s move is to broaden who counts as a gun dealer, which would require more people to be licensed and also to screen buyers,” according to the Wall Street Journal. “White House officials said they want to ensure that anyone who ‘is engaged in the business’ of selling firearms is licensed and conducts background checks, regardless of whether transactions are conducted at gun shows or through the Internet.” The executive actions will also boost funding and staffing for oversight. “Many of the roughly 63,000 background check requests each day are processed within seconds,” according to the Associated Press. “But if the system kicks back a request for further review, the government only has three days before federal law says the buyer can return and buy the gun without being cleared.”

“This is it, really?” Jennifer Baker, an official with the N.R.A.’s Washington lobbying arm told the Times. “This is what they’ve been hyping for how long now? This is the proposal they’ve spent seven years putting together? They’re not really doing anything.”