At least 84 people were killed and 100 injured in the French city of Nice when a man deliberately drove a lorry into a crowd celebrating the country’s main national holiday, authorities said.

The attacker behind the wheel on Thursday drove at high speed along the famed Promenade des Anglais seafront, careering into spectators who had been watching a Bastille Day firework display.

France’s Interior Minister Bernard Cazeneuve said that children were among the dead and 18 people were in a critical condition.

“There’s no denying the terrorist nature of this attack of yet again the most extreme form of violence,” French President Francois Hollande said in an address to the nation in the early hours of Friday.

Hollande said that he would extend a state of emergency – which had been in place since the attacks in Paris last November – for another three months from July 26.

“Nothing will make us yield in our will to fight terrorism. We will further strengthen our actions in Iraq and in Syria. We will continue striking those who attack us on our own soil,” he said, in reference to France’s involvement in a coalition of nations carrying out air strikes against the Islamic State of Iraq and the Levant (ISIL, also known as ISIS) group.

The attack happened just as the firework display – which was attended by thousands of people – was ending, at around 11:00pm local time (21:00GMT).

Eric Ciotti, a local MP, said the lorry continuously rammed the crowd over a distance of two kilometres.

Ciotti said on BFM TV that police killed the driver “apparently after an exchange of gunfire“, adding that the truck was loaded with weapons and grenades. 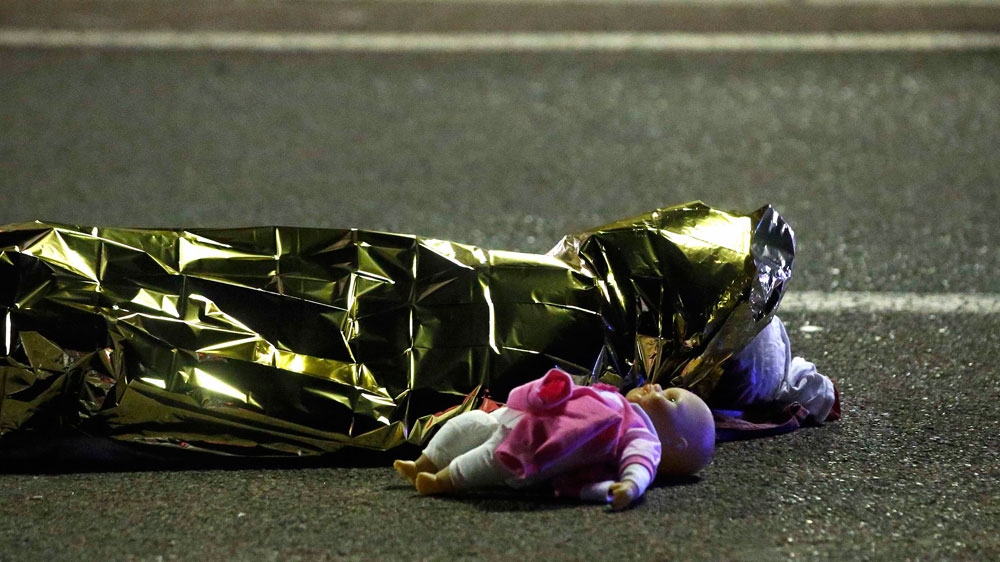 Residents of Nice, a Mediterranean city close to the Italian border, were advised to stay indoors.

There was no immediate claim of responsibility for the attack. But Nada Bakos, a former CIA analyst, told Al Jazeera that it “looks very similar” to some of the attacks carried out by al-Qaeda and ISIL.

“They were inciting their followers to produce this type of violence,” she said.

Writing online, Nice Matin journalist Damien Allemand, who was on the scene, said the firework display had finished and the crowd was about to leave when they heard a noise and screams.

“A fraction of a second later, an enormous white truck came along at a crazy speed, turning the wheel to mow down the maximum number of people,” he said.

“I saw bodies flying like bowling pins along its route. Heard noises, cries that I will never forget.”

Allemand said that he and others took shelter in a nearby restaurant. He continued to hear people shouting for missing family members. He ventured out and saw bodies, blood and body parts all along the road.

“This evening, it was horror,” he said.

The Paris prosecutor’s office opened an investigation for “murder, attempted murder in an organised group linked to a terrorist enterprise”. The investigation was being handled by France’s intelligence agency and judicial police.

An eyewitness told the Associated Press news agency he saw the driver emerge from the lorry shooting, after ramming into the crowd.

“There was carnage on the road,” Wassim Bouhlel, a witness, told AP. “Bodies everywhere.”

In a video viewed over 2,500 times on Facebook, a trembling Tarubi Wahid Mosta told of the horror on the promenade, where he took photos of an abandoned doll and pushchair and came home with a victim’s dog.

“I almost stepped on a corpse, it was horrible. It looked like a battlefield,” he said.

In a series of posts he described a sense of helplessness faced with the carnage.

“All these bodies and their families … they spent hours on the ground holding the cold hands of bodies dismembered by the truck. You can’t even speak to them or comfort them.”

“I was enjoying the Bastille Day fireworks just like thousands of other people at the promenade in Nice,” he said.

“I was just walking back after the fireworks had finished. I looked towards the truck and I thought it was a bit odd, because the roads were shut down and there were hundreds, perhaps thousands, of people walking along. But then, from the direction of the truck, I started hearing screaming and then people started running. And so I joined all those people in running away from there.”

US President Barack Obama condemned “what appears to be a horrific terrorist attack”.

European Council President Donald Tusk said it was a “tragic paradox” that the victims of the attack in Nice were celebrating “liberty, equality and fraternity” – France’s motto – on the country’s national day.

Tusk tweeted a photograph of himself and other European and Asian leaders standing in tribute to the Nice victims at an Asia-Europe summit in Mongolia.

Hollande, who was in the south of France at the time of the attack but raced back to Paris to a national crisis centre, had hours earlier said that a state of emergency put in place after November’s Paris attacks would not be extended when it expires on July 26. 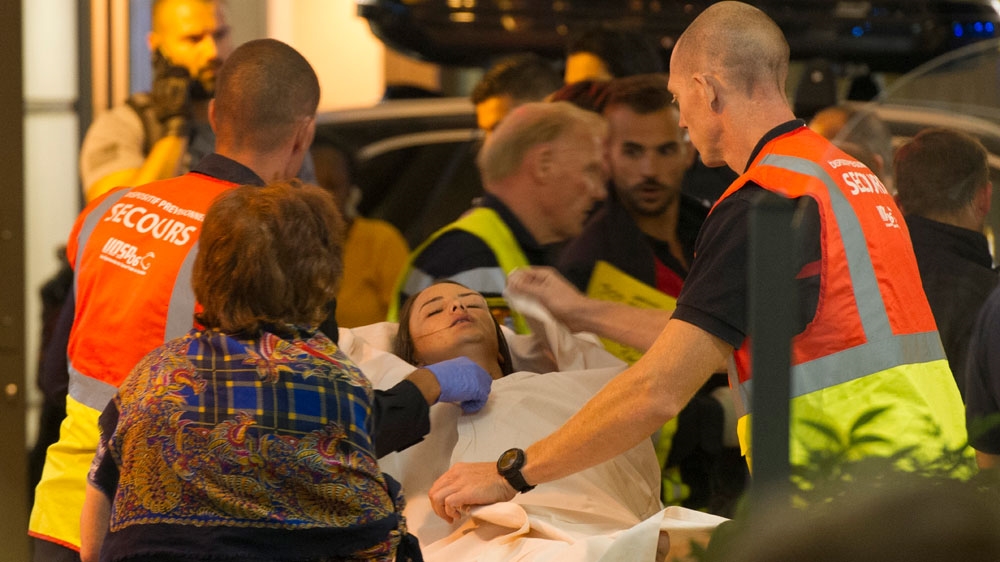 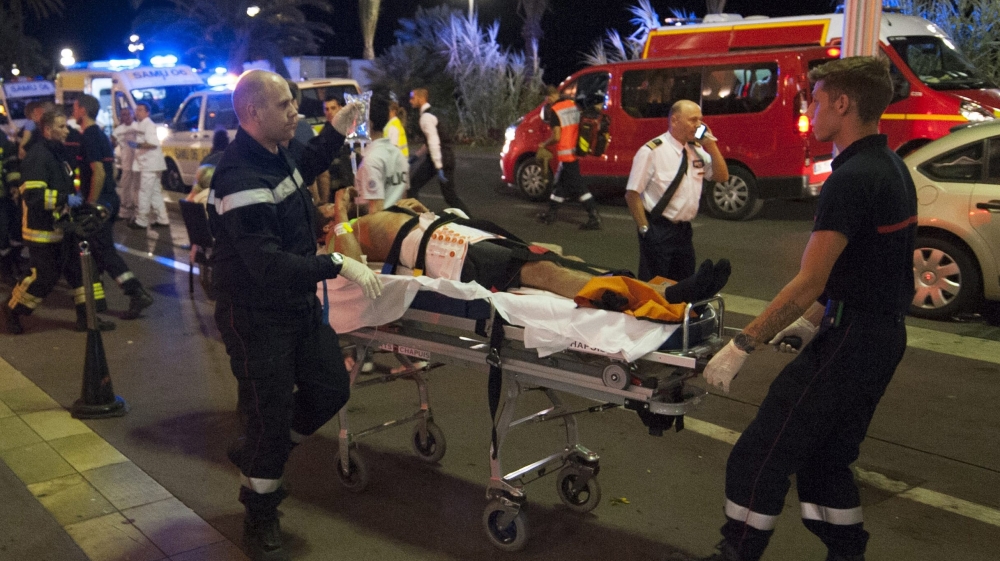 One Reply to “84 Killed As Truck Ploughs Through Crowd In Nice; Terrorist Act, Says France”