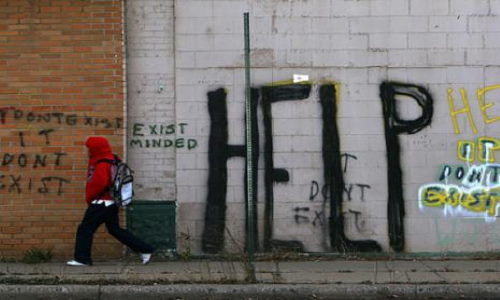 This article was originally published by Mac Slavo on www.shtfplan.com

The solution to the coronavirus pandemic has been nothing short of economic suicide. As this lockdown drags into the fourth month for most of the country, a new survey is revealing the bleak costs that Americans are paying in order to comply with the government’s commands to shut down the economy.

Some are saying social distancing is the “new normal”, but we’d beg to differ.  The new normal is going to be poverty for most of the country.

Almost 60 percent of Americans say they’d be unable to meet their basic financial needs in one month or less of quarantine, according to a survey. The Society for Humane Resource Management (SHRM) surveyed American workers between 12 and 16 March, according to a report by Newsweek. One in five people said they’d no longer be able to afford rent, bills or groceries after just one week of quarantine.

But this latest one really takes the cake!

Right now, it is all over the news…

And believing it puts you in lethal danger,

Unfortunately, it’s too late to start preparing for an economic meltdown if you haven’t already. If you don’t have 3-6 months worth of expenses in a savings account or otherwise liquid form, you may already also be experiencing the pain of the government’s solution.

If Donald Trump does not want to be known as the authoritarian tyrant the mainstream media and leftists have made him out to be, he’ll step up and admit this lockdown was wrong and devastating and take immediate steps to reopen the economy. Don’t hold your breath, however.  It’s our guess that he’s looking to get a phase 4 stimulus package done before people will be allowed to have some of their basic human rights back. At this point, it’s unlikely we’ll get all of our rights back.

Fifty-eight percent of workers say they won’t be able to pay rent, buy groceries, or take care of essential bills (such as electricity and water) if quarantined for 30 days or less, according to a new survey from the Society for Human Research Management (SHRM) released Wednesday morning. One in five workers said they’d be unable to meet those basic financial needs in less than one week under quarantine.

That’s devastating considering we’ve already been under quarantine for going on four weeks, three weeks for some parts of the country. “This has a real impact on people’s lives and it’s creating a level of stress that cannot be overstated,” said Johnny C. Taylor Jr., the president and CEO of SHRM, noting that many Americans live “right on the margins of paycheck to paycheck.”

The survey was conducted before Congress passed the historic $2 trillion stimulus package on March 27. SHRM acknowledged that some aspects of the CARES Act may “help mitigate” some of these problems for workers, according to Newsweek. But $1200 isn’t going to be enough for most people to survive on for one month, let alone longer. And in the face of mounting job losses, the solution has become the biggest problem of our collective human history.

President Donald Trump has said that the United States was “not built to be shut down” and at one point had expressed a desire to reopen the nation by Easter, which is on April 12. He has since backed away from that goal and has enforced social distancing guidelines until the end of the month. Newsweek

If Trump was concerned about the well-being of Americans, he’d lift all the restrictions now and potentially salvage what’s left of humanity and his reputation.

To make it out alive and well…

This is the big one folks.

It’s already here, in certain parts of the country.

And it’s about to make Hurricane Katrina look like a walk in the park.

And when you watch the video you’ll understand why.

One Reply to “NEW SURVEY: 60% OF AMERICANS CANNOT PROVIDE BASIC NECESSITIES IF QUARANTINED FOR 1 MONTH”