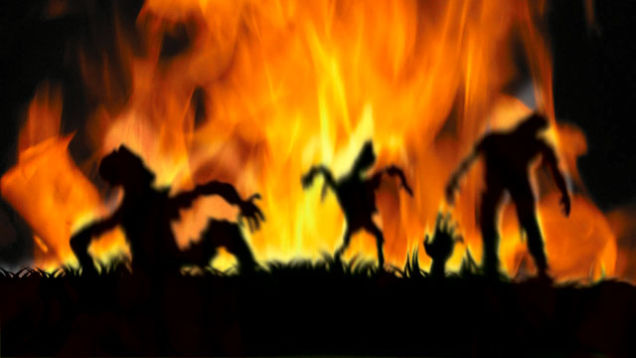 What can freeze a human being on the spot, erase the memory of every plan, cause a heart attack, and possibly dirty your pants as well?  Fear.  You’ll notice it’s a four-letter word and should be treated as such.  It is insidious, diabolical and sneaky and can really turn rock-solid men or women into melting marshmallows.

Fear is usually the result of some sort of sensory overload – something you see, hear, feel, even imagine- that sets off  a string of involuntary responses in your body.  You can  learn to identify it and manage it some, but you cannot control it unless you eliminate the source of the fear and thus the fear altogether.

There are different levels of fear as well, from low-level anxiety to all-out panic attacks.  Your body has different levels of involuntary responses to each.  It can be very helpful to know what your body is doing while you’re going through such episodes, so that you can plan ahead to be prepared in the midst of anything.

For the purposes of this article – keeping yourself alive in a survival situation– we’re going to focus on a genuine, heart-stopping event of fear – like a terrorist attack or a wild animal attack.  Events that you hope to never encounter, but when you do, you *will* be afraid.  It is important to realize that all human beings are susceptible to fear and it’s okay.  God designed our bodies with responses to keep us alive.  But these same responses, if we’re not aware of them and educated, can create a survival dilemma.  So let’s look at what happens in our bodies when the grizzly bear charges and think through what we can do to best maximize our survival potential in light of these phenomena. What goes on when the panic button goes off?

Enter grizzly bear….(and I want to say, THIS is my own personal nightmare scenario!  When we worked at the wilderness school someone had the bright idea to show the boys a video of grizzly attack survivors, where they recreated each scenario.  It was horrible. And scarred me for life!)  You’ve been toasting marshmallows and have no idea you’ve been observed and zoned in upon.  When you finally realize it, it’s too late to avoid the inevitable.  So what do you do?

Right away you will have a racing heart rate, “ the sympathetic nervous system (SNS) goes hog-wild by immediately releasing tons of stress hormones- called adrenaline or epinephrine- into the circulatory system.”  This is a reflex.  You can’t control it.  He goes on, “The chemical cocktail is the basis for the body’s fight-or-flight- mechanism and is characterized by several factors including an increased heart rate (from 70 beats per minute to more than 200 in less than one second), increased cardiac output, higher blood pressure, and increased blood sugar.  Blood is diverted from organs to the larger muscle groups, resulting in increased strength capabilities and enhanced gross motor skills while the breathing rate accelerates, thereby transporting greater amounts of oxygen to the newly recruited muscle fibers. At the same time, sweating increases to cool the muscles.  Minor blood vessels in the arms and legs constrict to reduce bleeding from potential injuries, digestion ceases, and muscle tremors take over.  The pupils dilate, reducing depth perception, while axillary muscle performance takes a nosedive, creating blurred vision. And, as if this isn’t enough, the field of sight narrows, producing tunnel vision.  To a greater or lesser extent, time appears to pass more slowly, called the tache-psyche effect, allowing for increased reaction time to perceived emergency.” 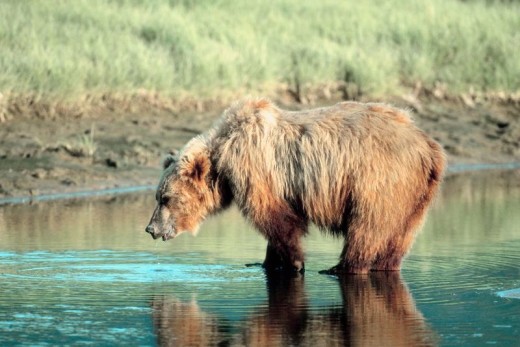 So if you wind up outdoors faced with a grizzly bear, you better have thought out a plan of action beforehand, wouldn’t you say?  You can’t see well, your judgement is impaired, your circulatory system could be messing with your core body temperature, putting you at risk, and you have no fine or complex motor skills.  One thing he adds later, is that you also lose parasympathetic nerve system control – read: bowel control. Down in those war trenches it got pretty nasty…

So…if you are going into grizzly territory, what I’ve concluded is that you need a weapon that uses gross motor skills and is s.i.m.p.l.e.  on or near your person at all times!  Again, if you have a revolver you can’t get to because it’s clipped into a holster (fine motor skills) – you are going to be in trouble. 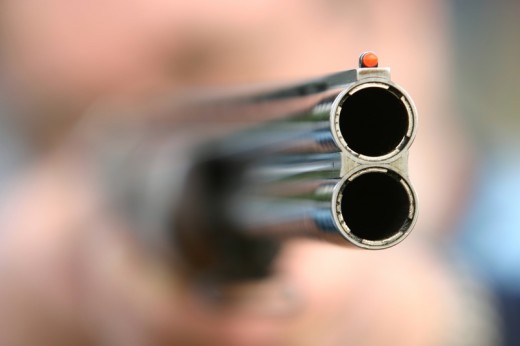 Think through all of your gear in your pack.  What kind of fire starter/s do you have packed?  Things that need fine motor skills to get a fire going?  How about your shelter?    Complicated or simple?  Always consider the worst-case scenario and using these facts about your body in crisis, plan for survival!

We highly recommend Bulletproof Home for a much more in-depth treatment of this subject.