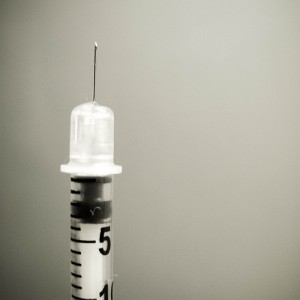 As a prepper, there are literally dozens of SHTF scenarios that I actively prepare for. But it is often the mundane problems that can have the most devastating impact. Sometimes, we are just so focused on the obvious threats that we overlook the everyday dangers to our well-being. This “deer in the headlights” aspect for preparedness really hit home for me recently. Over the last month I’ve been grappling with a very personal issue, but I think it is time to share it with everyone.

5 weeks ago, I went to the physician’s office for a routine physical. And the doctor had some bad news for me. It turns out that I am pre-diabetic and just a few years away from full-blown type 2 diabetes. While preparing for a total economic collapse, I had completely ignored the lethal dangers of a common “rich-nation” disease.

Now Diabetes runs in my family. My father has it, all of my grandparents had it, and my great grandmother died young because of it. But I have never been overweight. During my 20s, I felt physically invincible. It is only in the last year that I’ve gotten seriously sick multiple times. In hindsight, I really should have examined the lifestyle choices that I had made:

But even with these lifestyle mistakes, it’s still crazy to think that a man can be pre-diabetic by age 30!!!!  And here is the thing, diabetes can undo all the preparations that I’ve made for my family. If I get full-blown diabetes, I will likely not be able to hang on to a high stress(well paying) job. If I have to eventually go on insulin, then any crash of the healthcare system would likely kill me. With a disease like diabetes, it would be very difficult if not impossible for my family to become self-sufficient and independent of the system.

With such abysmal thoughts swirling around my mind, I was seriously depressed for a couple of days. But thankfully, my dear wife has been a pillar of support during this time. She cooked healthier meals for me and have done a lot to comfort me during my darker moments. I’m glad to say that I’m over it now and am ready to get back into the fight! So over the last 4 weeks, I’ve embarked upon several major lifestyle changes that will hopefully prevent or at least delay the onset of diabetes. Here is what I have been doing:

The dietary changes have nearly doubled the monthly grocery bill. Giving up the weekend gardening side-gig is going to substantially decrease my income, but I think the benefits far outweigh the costs. Having more time to sleep and hang out with my wife and son means more to me at this point than an extra paycheck. Moreover, having that R&R time to de-stress may prove crucial to getting into better shape. Now that we are 4 weeks into these changes, I’m happy to announce that I’ve lost over 10 lbs of weight and am feeling pretty good all around!

While I have been writing a great deal about practical survival aspects like frugality and making side income, I’m now going add some physical fitness posts to this blog. Keeping our bodies in peak condition will be a just as important(if not more so) as having ample amounts of money and preps.

One Reply to “It’s What You Don’t Prepare For….”