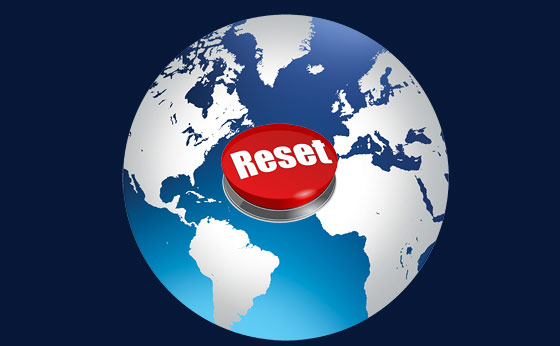 For those who are already reasonably prepared, perhaps one of the biggest concerns is the reaction and behavior of the unprepared. When it all comes crashing down, whether it’s a sudden or drawn-out decent into collapse conditions during the Great Reset, the question is how will people react during this time of great turmoil?

Here are a few thoughts, while we invite those of your own…

Today we live in a world largely filled with a human sub species of zombies who are largely unaware and ignorant of the ‘real’ world around them.

You’ve seen these poor, lifeless beings everywhere. People… if you can still call them that… with pallid, emotionless faces, staring down at small screens while they walk direction-less down the street, completely unaware of their surroundings.

Yet these poor souls actually believe they are more “connected” to the outside world and more people than ever.

Sometimes they return to real life, and have real interactions with living human beings, but then this horrible urge kicks in which compels them to pull out their iPhone, their iPad or their Android device. Their PRECIOUS… (reference ‘Gollum’, The Hobbit films)

How in the world will people like that be able to cope with the harsh and difficult ‘realities’ in an environment stripped of their technological ‘Precious…’? Can these people actually think for themselves without their virtual online support group? Just saying…
Normalcy Bias

Additionally, people in general suffer from a severe case of normalcy bias. Their perception of reality is influenced and filtered by their past, and expectations are such that things will remain on a given course (because it always has been that way – in their experience).

RELATED: The Worst 10 Things Non-Preppers Will Be Forced To Deal With When TSHTF. (#5 May Be Fatal!)

Life has been exceedingly (comparatively) easy during these past decades. Food and distribution is plentiful and available nearly everywhere – technology has softened our lives and has changed the way we live – we are living in relative peace time – we are entertained in countless ways – and things will always be this way… right?

What if part or all of this was stripped away? What would they do?

What will these people do if their sustenance is slashed or eliminated? After having lived a portion of their lives feeding off .gov, how will they cope afterwards? How will they react?
Living Large in a Debt Bubble
Coupled with normalcy bias, the modern way of life (for decades) has been fueled by a gargantuan bubble of debt (globally) and people have been ‘living large’ on a lifestyle which is phony at its core. Peak debt has arrived. Debt can only rise to a given level to that which it can be serviced – and it cannot go up in perpetuity. Only so many loans can be saddled until a total debt burden has risen to a level which can no longer be sustained by any means…

Those who have become accustomed to living life on debt are going to be hurt badly. That said, everyone is going to be hurt. What are all these people going to do and how are they going to react when credit freezes up and our systems of distribution lock up?
The Great Reset

We have entered into a global deflationary period, which is THE most frightening thing for central bankers. Despite the false and rosy ‘numbers’ that have been reported since the so called ‘recovery’ since 2008, they’ve reached the end where it can no longer be covered up. They have run out of ‘ammo’. They also ‘will not lose’, so what they will do is enter into a ‘Great Reset’ – which has already begun.

RELATED: FEMA Denies Camps Are Planned “Herding Points” For Proud Patriots. But Their Plan Is Actually Worse!
How Will People React?

It’s difficult to quantify or predict what would happen because there are so many variables in the equation. With that said however, it is logical that the shock waves of a new reality filled with difficulties and challenges that have never been experienced before – will be hard felt. Some will rise to the occasion. Others will simply wait for help (which may not come). Many might feel hopeless while still others will lash out…

When? When their lives are disrupted to the point of desperation. Some (many) much sooner from fear of their new reality.

Why? Because they have not adequately prepared for themselves an ‘insurance policy’ of sorts to ride the storm.

How? How they become desperate or how they will react is highly variable and will depend on where they live, what they need, their surroundings, whether they can get any assistance at all, what they know, their ability to adapt and overcome (or not), their personality, their will power (or lack of), their physical abilities, their tangible assets (or lack of), etc..

When people believe that a disaster will be temporary, localized, or short-lived, most will cling to the notion that they’ll get through it and/or someone (or .gov) will help. However when the realization sets in that this is going to be very big, long lasting, and a life-altering change, many will begin to react badly as their pods pop open and they see the real world around them for the first time, and realize that the Matrix is real…
What’s your opinion of how people will react?

Additionally, do you believe that the government will be able to control it (the reactions of the people)? Will their be political upheaval?

2 Replies to “How Will People React After The Crash Of The Great Reset?”