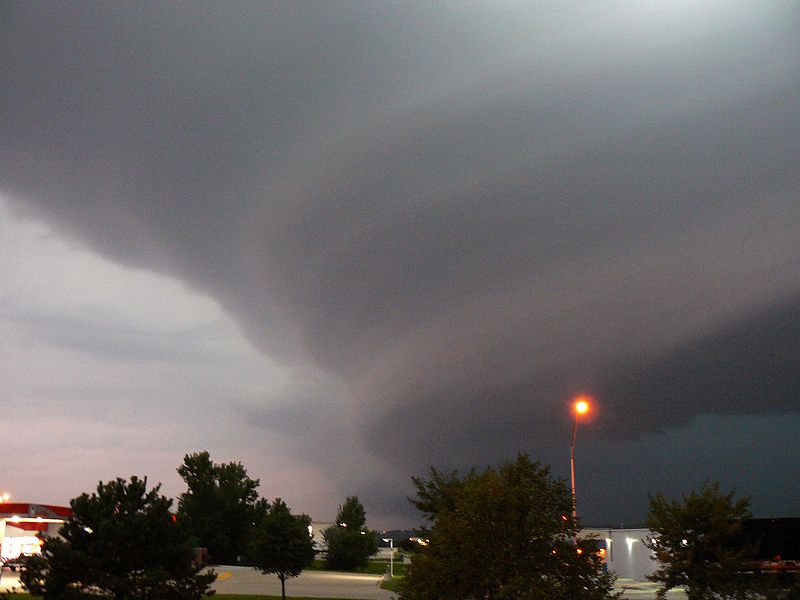 How should people prepare for the difficult years that are coming?  I get asked about that a lot.  Once people really examine the facts, it is not too hard to convince them that an economic collapse is coming.  But once they accept that reality, most of them want to know what they can do to prepare themselves and their families for the hard times that are ahead.  Well, the truth is that it does not have to be complicated.  Many of the things discussed throughout this article are things that most of us should be doing anyway.  Now is not the time to be splurging on luxuries or expensive vacations.  Now is not the time to be going into large amounts of debt.  Instead, we all need to get back to the basics and we all need to do what we can to become more independent of the system.  Just remember what happened back in 2008.  Millions of Americans lost their jobs and millions of Americans lost their homes.  Now experts all over the globe are warning that another great financial crisis that could be just as bad as 2008 (or even worse) is coming.  Those that don’t take the time to prepare this time are not going to have any excuse.

But there is also a lot of sensationalism out there.  There are some people out there that claim that the economy is going to collapse all at once and that we are going to go from where we are now to some type of a post-apocalyptic “Mad Max” society almost overnight.

Well, that is just not going to happen.  We are not going to wake up next week in a world where we are all fighting each other with sharp pointed sticks.

Just like anything else, an economic collapse takes time.  I like to describe what is happening using an analogy from the beach.  When you build a mighty sand castle, it is not totally destroyed by the first wave that comes along, right?

Well, it is the same thing with the U.S. economy.  It was the greatest economic machine that the world has ever seen, and it is most definitely in decline.  But there are stages to that decline.

The “wave” that came along in 2008 did a huge amount of damage.  Our economy has not recovered from that.

Now another wave is coming.  But that will not be the end.  There will be other waves after that.

Eventually, this thing is coming all the way down.  Someday America will be such a horror show that it will be hard to believe that it is the same place that many of us grew up in.

But in the short-term, we are going to be facing a major league recession and millions of Americans will lose their jobs.  It won’t be the end of the world, but for some people it may feel like it.

In the long-term, a lot of the things that even the hardcore survivalists are doing will not be nearly enough.

In the short-term, there are things that all of us can do to weather the coming storm….

Get Out Of Debt

In such an environment, it makes sense to travel as “lightly” as possible.

That means getting rid of debt.

Some forms of debt are worse than others.  Mortgage debt is not that bad.  We all need somewhere to live, and not all of us can run out and immediately pay off our mortgages.

But there are other forms of debt that are absolutely toxic.  A good example of this is credit card debt.  There are very few things that are as good at bleeding your finances as credit card debt is.  For example, according to the credit card repayment calculator, if you have a $6000 balance on a credit card with a 20 percent interest rate and only pay the minimum payment each time, it will take you 54 years to pay off that credit card.

During those 54 years you will pay $26,168 in interest rate charges on that credit card balance in addition to the $6000 in principal that you are required to pay back.  That is before any fees or penalties are even calculated.

But a lot of Americans still have not learned to stay away from credit card debt.  In fact, one out of every seven Americans has at least 10 credit cards.

The truth is that in future years there is a good chance that you may be facing a situation where you are not making as much income, so you want to try to start reducing your expenses right now.  Getting out of debt will help you to do this.

A shockingly high number of American families are operating without any kind of financial cushion whatsoever….

-According to a Harris Interactive survey taken in 2010, 77 percent of all Americans are living paycheck to paycheck.

-According to one recent survey, one out of every three Americans would not be able to make a mortgage or rent payment next month if they suddenly lost their current job.

Last year, 2.6 million more Americans dropped into poverty.  That was the largest increase that we have seen since the U.S. government began keeping statistics on this back in 1959.

Yes, I know that is a tall order.  But you would be amazed at how much money the average American family wastes in a typical month.  Almost all of us have areas where we can cut back.

Related article: We Are Facing The End, And We Just Don’t Know It?

Trust me, in the middle of a major recession you will be really glad that you are sitting on a pile of savings.

Get Independent Of The System

What would you do if you lost your job tomorrow?

Would you have any other income?

How long would it be before you lost your home?

Those are very important questions.

The truth is that the system is failing and so we all need to work hard to become more independent of the system.

So what does that mean?

Well, instead of relying on someone else to employ you indefinitely, you can start up a business in your spare time.  Yes, it will cut into your television time, but if someday you lose your job you will be extremely happy that you still have some income coming in.

Another way of becoming more independent is to start a garden.

Yes, you can run down the street and buy giant piles of cheap food right now, but that will not be the case forever.

Store Food And Focus On The Essentials

I might get into a little trouble for saying this, but the truth is that there is not going to be a major famine in America in 2012.

However, that does not mean that you should not be storing food and other essentials.

In the old days, our grandparents always saved up food.  It was just a natural thing for them to do.  This was especially the case if they lived through the Great Depression.

When hard times come, you will be glad that you have food stored up.  Plus, food is never going to be cheaper than it is today.  Having food stored up is a great hedge against the rising food prices that we will see in the future.

No, we are not going to see hyperinflation by the end of the year like many of the sensationalists are warning.  But someday you will be really glad that you stored up food for yourself and your family.

We live in a world that is becoming more unstable with each passing month.  You never know when the next natural disaster, pandemic, war or national emergency will strike.

It only makes sense to store food and other basic essentials that you will need in the future.

In a previous article I listed 20 of the things that you would need in the event of a major disaster, a national emergency or a total economic collapse.  These are things that you are going to want to make sure that you have ready right now, because after the crisis begins it may be too late to prepare….

#8) A Flashlight And/Or Lantern

#13) A First Aid Kit And Other Medical Supplies

#14) Extra Gasoline (But Be Very Careful How You Store It)

In the comments to that article, the readers suggested the following additional items….

Maps Of Your Area

Gold And Silver Coins For Bartering

Once again, a lot of these things are not going to be needed right away.  The economy is going to go through a lot more ups and downs before it totally dies.

Also read: The Anatomy of a Breakdown: When you understand how a breakdown behaves and how it progresses, only then can you truly prepare for it.

In the short-term, keep an eye on the European debt crisis, the Japanese debt crisis and the U.S. debt crisis.  There are a lot of similarities between what happened back in 2008 and what is happening now.

And what happened following the crisis of 2008?

Unemployment shot through the roof.

So be prepared for that.

Make a plan for how you and your family will survive if you end up unemployed.

Also, when it comes to “how to prepare”, there is one aspect that is often overlooked.

During the difficult years ahead, we are all going to have to be mentally and spiritually tough.

It won’t matter how good your physical and financial preparations are if you are cowardly and paralyzed by fear.

The times that are coming are going to test all of our hearts.

Some people will become so consumed with fear that they will give up completely.

Don’t let that happen to you.

One Reply to “How To Prepare For The Hard Times Ahead. Those That Don’t Take The Time To Prepare This Time Are Not Going To Have Any Excuse.”