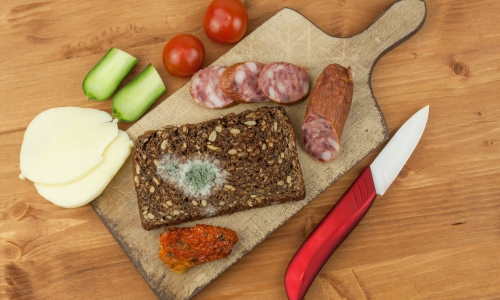 This article was originally published by Bob Rogers on www.survivopedia.com

For the ER personnel, she was one of the thousands of patients reaching the ER with some form of food poisoning or a foodborne illness. That day I learned that more than 120,000 people end up in the ER each year, and that number has been steadily increasing for the past decade.

Even more astonishing for me is that the FDA estimates that there are more than 40 million cases of foodborne illnesses each year, and one in six Americans will suffer from food poisoning. All this, considering that our food supply is the most secure (allegedly) in the world.

Leaving aside the numbers and the fact that I’ve been telling my wife to give seafood a break every once in a while, I realized that most preppers are unaware of the foodborne illnesses that can take their preparation plans apart. We stockpile various food items, but there’s little literature on avoiding being part of the food poisoning statistics.

Some will experience stomach cramps, a bad case of diarrhea, and vomiting as their bodies will try to eliminate the poisons that it’s trying to alter their wellbeing. You probably won’t need the help of medical professionals, and you’ll come through on your own.

However, there could be cases of food poisoning that will prevent you from doing other tasks that are essential to your survival. What happens when you’re on hunkering down, and you get sick? Did you know that food poisoning can be fatal, and there’s no telling if you are going to push through it or not?

Prevention is always the main course of action for your survival, which becomes mandatory when handling food and organizing a food stockpile.

Besides proper food handling and cooking, there’s also the need to learn how to spot food that has gone bad. In meat products, the effects of contaminating bacteria can be visible (alter the appearance, change the smell, color, etc.) and the same goes for other foods. Still, not all bacteria leave traces that the average Joe can spot.

Some foods seem perfectly fine to eat, but they can be full of bacteria that won’t alter the smell, food, or texture of said foods. Most of the bacteria responsible for food poisoning in our country cannot be identified by merely looking at the food items.

Let’s look at the known culprits

This bacteria is present in the intestinal tracts and waste of warm-blooded animals, and it can be found in livestock, poultry, household pets, pests, etc. However, salmonella can be found in other places as well, and people that bought pet reptiles for their kids often found that these small, unthreatening creatures are carriers of Salmonella.

In most cases, the initial contamination with Salmonella is often mistaken with the flu. The symptoms are relatively similar, and the infected person will get a fever, chills, and stomach pain, followed by diarrhea. These symptoms will appear shortly after ingesting contaminated foods, but the time frame is different from one person to another. It usually takes between 6 to 48 hours for the symptoms to manifest.

Most of us will get over such symptoms after three days, even though it may take up to a week to fully recover for some. The most affected are the young, the elderly, and those suffering from pre-existing conditions. In such cases, Salmonella can often be fatal. 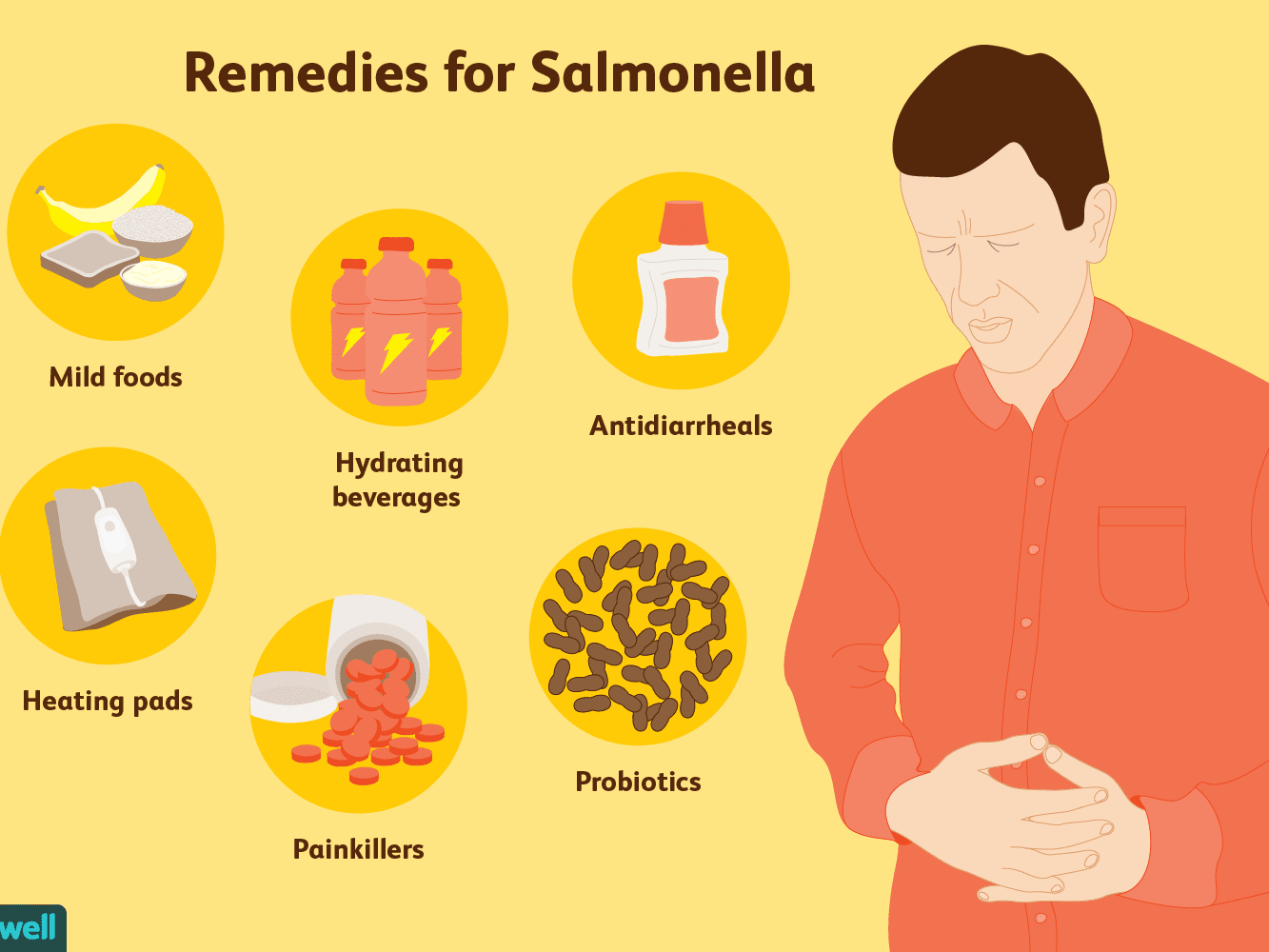 This bacteria is the main culprit in food poisoning in the US and is one of the bacteria found all over our body, accompanying us everywhere we go. Staphylococcus aureus can be found on your skin, and there is a dense concentration of it when your skin gets infected (even the simple, insignificant pimples contain it).

Since it can be found on your hands, it goes without saying that most food poisoning cases occur when food handlers unknowingly pass the Staph bacteria to the food. Once the food gets infected and a temperature of 100° F is present, the bacteria have the ideal environment to multiply at an alarming rate. When it multiplies, Staph produces certain toxins that are the actual cause of food poisoning.

When the toxins are present in the food and you consume the altered products, you will start developing symptoms within two hours.

Ingesting food contaminated by Staphylococcus aureus will cause severe diarrhea and vomiting but also unbearable cramps. I got food poisoning from eating cured meats, and it took me two days to recover. What bothered me the most were the cramps. There were times I thought I was going to die from the intense pain.

Some lucky folks push through a staph infection after just one day, but the average recovery can last up to four days.

Food poisoning with Staph usually occurs when consuming foods such as cured meats, cheese, custards, and starchy foods left at room temperature for a few hours before eating them.

Known in popular terms as the “cafeteria germ,” this bacteria was the third leading cause of food poisoning in America. It was common in school cafeterias and other places where food would often be left at warm temperatures for a long time. Clostridium perfrigens is found in both humans and animals in the intestines and is present in the soil, but most importantly, in the sewage system.

The symptoms are not as severe as in the other food poisoning cases, but the patient will feel abdominal discomfort (sometimes sharp pains), nausea, and diarrhea. Vomiting is rarely seen in people infected with the germ cafeteria.

You will develop symptoms 8 hours after eating contaminated food, and the ordeal can last for up to 48 hours. Most of those that get infected have no problem recovering, but if you have an ulcer, seeing a doctor becomes mandatory as it can lead to serious health risks.

The Listeria bacteria are associated with dairy products, since it flourishes in such foods, even at refrigerated temperature. It can often be found in milk and cheese, and the kids usually get it from ice cream.

Listeria is not given the proper attention it deserves since it’s not seen as dangerous as the other bacteria, especially since the symptoms it causes are mild and people recover quickly. It is often mistaken with the mild flu since it has the same symptoms, and you’ve probably experienced it without even knowing about its existence.

Even if it seems less dangerous, Listeria can sometimes cause meningitis and blood infection. It is one of the leading causes of miscarriages in third-world countries. 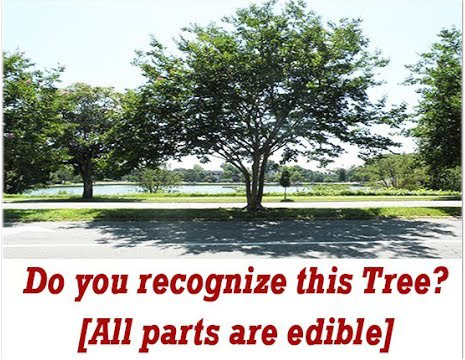 This is the deadliest of them all, and you know it by its common name, botulism. The bacteria and its spores are found naturally in water and soil. That is the main culprit of food poisoning, and you are particularly exposed to it if you practice home canning.

The Clostridium botulinum spores can easily contaminate vegetables in your garden, and by canning those vegetables, you will provide an ideal environment for the bacteria to thrive in. To multiply and flourish, the bacteria need an environment with no air (or as little air as possible).

It is essential to specify that symptoms may appear just 12 hours after ingesting contaminated food, and they can be easily mistaken with the symptoms of other illnesses. Botulism attacks your nervous system, and it all starts with general fatigue and a slight headache. You will feel tired, and you may believe it is just one of those days when you’re not in the mood for anything. 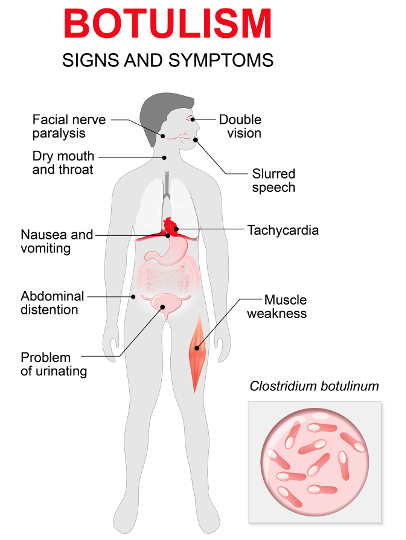 However, as time passes, you will begin to feel dizzy, and you will have double vision. It will lead to difficulty in swallowing, and it will get harder to breathe.

Death occurs by suffocation when the infected persons can no longer breathe on their own.

Death can and is often avoided if people recognize the initial symptoms and if they seek medical aid as soon as possible.

Avoiding botulism requires specific preparation measures and common sense, especially if you like canning fruits and vegetables at home. Most people get it not because they didn’t keep strict hygiene but because they tasted cans with suspicious-looking liquid (milky instead of transparent).

You should NEVER do this since even a small amount of botulism is highly toxic. That “just a taste” to see if the canned food is still good can be deadly.

How to prevent food poisoning

According to the FDA, the most reported food poisoning cases in our country are not related to the packing and processing food lines since their federal inspectors are keeping things in order by regularly and thoroughly checking the food processing plants.

They say that almost all cases reported each year are caused by improper food handling and processing operations done in our own homes. Even improper cooking and storage are to blame for food poisoning if you don’t know what you are doing. When you are handling or cooking food, you need to learn how to control the bacteria that may lead to food poisoning.

First of all, you should control the temperature at which the food is cooked or stored. Undercooked food is one of the leading causes of food poisoning, while consuming food stored in improper conditions is also a known cause.

And second, you should avoid cross-contamination of foods, and you should always keep strict hygiene when handling food items. If you butcher animals and you notice a change in the texture and color of the meat, it’s better to discard the meat properly, and the environment in which you worked and the tools you’ve used should be thoroughly disinfected.

One thing that needs to be stressed is the need to understand the expiration date of various foods. While there are foods that can still be eaten long after their expiration date, there are some instances in which you shouldn’t risk your health.

You can’t correctly establish if the expired food is still edible since, as we said before, some food can be contaminated without having its texture, color, or smell altered. It’s always better to be safe, so throw away that expired jar of peanut butter since you can buy some more tomorrow.

Food poisoning is not a matter that should be ignored, and I feel there should be more preppers and survivalists covering this topic. Even if you’ve experienced it a few times in your life, and it just means an upset stomach for you, there is no telling when those cramps can turn into something worse.

I sometimes feel that we are a nation getting used to eating foods that makes us sick, and it has become a “normal process” for the general public. Most folks believe that we are an advanced nation with pills for everything, and we shouldn’t be worried about a distressed stomach.

That may be true in an environment that provides extensive medical care, where there are medical professionals doing everything they can to save people.

However, ask yourself this; what happens when you are all alone, and you won’t think twice about the expired jar of pickles you plan on eating? Will it be “just food poisoning,” or will it turn into something worse?

The Pros And Cons Of The 6 Most Common Survival Foods

Wild Flours: 14 Wild Plants You Can Transform into Flour

Pressure Canning Meat: A Simple Tutorial to Get You Started

Fermentation: What Is It and How to Ferment Food at Home

This Driveway Weed Has Pain-Killing Properties Similar to Ibuprofen

12 Replies to “Food poisoning: What you must know about it”