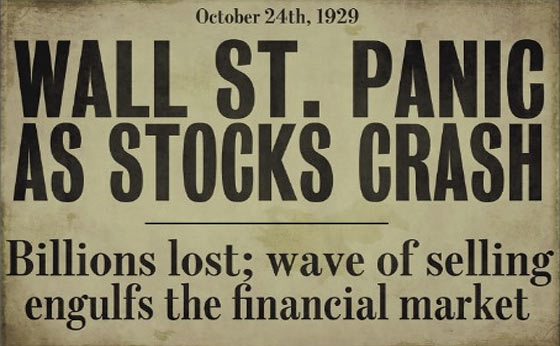 Following the economic collapse, if you lose your job, or if your spouse loses their job, or if you are moved to part time instead of full time, or if your expenses drastically increase while your pay does not (a currency devaluation event), WILL YOU BECOME HOMELESS?

Think about it. Shed your normalcy bias just for a minute and consider what could happen if the unthinkable happens (a ‘real’ economic collapse). If you are like most people, you are either paying a mortgage or you are paying rent. You may have an additional loan or two (your car?) and you might have some credit card debt payments. You have your utility bills, you have your groceries to buy, you have to pay for insurances, and lets not forget your taxes…

Most of the middle class is fairly tapped out – with little extra disposable income. There are also those who believe they have plenty of extra income, but if they really sit down and figure it out, how long would they be able to keep paying their rent or mortgage if the unthinkable happens?

The reason I ask this question is this… While reflecting back to the economic crisis of 2008 and the extraordinary number of people who lost their jobs as a result (even despite the money-pumping actions of the FED), the concern is that WHEN the next economic collapse hits us – that it will be much worse. The problems leading up to 2008 have not been fixed at all. They have been deferred and magnified (although very well hidden to the masses).

When the economy finally succumbs to the forces of reality, it will collapse under it’s own weight. And once the writing is on the wall, it may happen very fast as the ‘players’ dash for the exits. Your employment (or that of your spouse) may become in jeopardy.

The coming economic catastrophe which is predicted by many, will land many of the middle class out on the streets. Homeless. There will be those who have been living well, who will be hurled into financial chaos because they’ve been living too close to the edge. If you’re a renter it may take months to finally become evicted by your landlord and if you’re holding a mortgage you might make it a few months longer, but in the end lots of people will be displaced.

Also read: You Had Plenty Of Chances To Prepare For Yourself. You Can’t Come To My Place When SHTF

This time, .gov might not be able to save them, because even they won’t have the money to do it anymore…
My thought is this: Even if you believe that today’s economy is okay, you should always consider the consequences of living too close to the edge with your income versus expenses. This goes exactly against the grain of the mainstream conditioning, however taking responsibility for one’s own self and thinking through what ‘could’ happen – is a prudent thing to do. If you’re already living on the edge (nearly paycheck to paycheck), then take action to help yourself step back, and reduce your exposure to the risks associated with a loss of income.

There is a growing number of people who have become aware of the underlying and systemic problems of our current propped-up economy. They are taking action to prepare for a time when collapse will have changed the world. These people are focusing on their own self-reliance and the things they can do to weather the storm.

Think back to what you know or have learned about the Great Depression. While it was a very different time back then, and while today’s EBT cards completely ‘hide’ the fact that there we are essentially living through some sort of a depression right now, just imagine what would happen in a modern era ‘big time’ collapse when those EBT cards don’t work any more. Or when the value of the EBT card’s ‘digital digits’ are only worth a fraction of what they were prior…

An economic collapse today would be far different from the Great Depression. This one will be uniquely dangerous and likely violent. The morals and conditioning of people today are far far different from 80 years ago. Back then a great percentage of people knew how to take care of themselves. There were LOTS of farmers (for example). Not today though. Today we have a huge dependent class, and we have a failing middle class who are very over-extended. Today we have a vast system of ‘just in time’ production and delivery which nearly all people alive in the modern world depend upon for their existence. All of this only works in an economy that has not collapsed. When it does (collapse), there will be great displacement.

Recommended article: SHTF Reality: All You Preparations For This Event Will Be Pushed To The Limits And Beyond

The title, “…This One Will Be Uniquely Dangerous And Likely Violent”, is meant to be a wake up call to evaluate your own economic and financial situation. If you believe that you would be at risk to becoming homeless, you might want to consider mitigating that risk somehow. Perhaps shed some of your expenses or consider a lifestyle change of less consumption (of non-necessary goods and services for example). Find a way (somehow) to build a cushion of emergency cash. The point is – to at least think about it – which is the first step prior to a plan and action…

One Reply to “An Economic Collapse Today Would Be Far Different From The Great Depression. This One Will Be Uniquely Dangerous And Totally Violent”