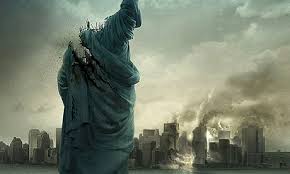 As we enter the month of August as the year 2015 rapidly flies by, the month of September is in the globalists bullseye and as the brand new video below from Infowars proves to us, the buildup to America’s destiny is now at a fever pitch. This video breaks down everything that we’ve been hearing and reading about recently, from a potential asteroid strike in the middle of the Atlantic Ocean to the climate doom that France’s foreign minister Laurent Fabius and John Kerry warned about when they told us we have only 500 days to head off climate doom… the 500 days are up on September 23rd, 2015.

In their warning, we also see global government and the end of America sovereignty.:

“By the end of the meeting, for the first time in over 20 years of U.N. negotiations, all the nations of the world, including the biggest emitters of greenhouse gases, will be bound by a universal agreement on climate,” the French foreign ministry said around the time it offered to host the conference.

Invited to respond Tuesday to Fabius’ 500-day warning, White House press secretary Jay Carney pointed to the National Climate Assessment released last week which, he said, “made clear in the view of the science that climate change is upon us and the effects and impacts of climate change are being felt today.”

“There’s no question that this is a global effort that has to be undertaken because of the nature of carbon emissions around the world.”

As clearly shared in this video, the ‘occultists’ believe that a very fine veil separates our planet Earth from a demonic realm that reaches the most allowable period for the transfer of demons into our Earthly plane that peaks on Halloween night in October. They also take a look at the update and ramping up of CERN and the opening of more gates, and the access to more gates that were never meant to be opened. Infowars makes clear to the MSM that they are merely examining all of the talk surrounding these theories and several more, not necessarily endorsing them, but taking a look at all of the ‘predictive programming’ that we are watching.

Is it only a coincidence that massive preparation has been taking place across the country for the past several years that seem to be a buildup to something huge happening soon while an ominous and historical meeting is scheduled to take place between blatant ‘New World Order’ cheerleader Pope Francis and Barack Obama? We’re told that the Day of Atonement is on September 23rd, a day which also begins the 70th Jubilee year which the angel Gabriel delivered to the prophet Daniel, signaling the 2nd Coming of Christ we are told. 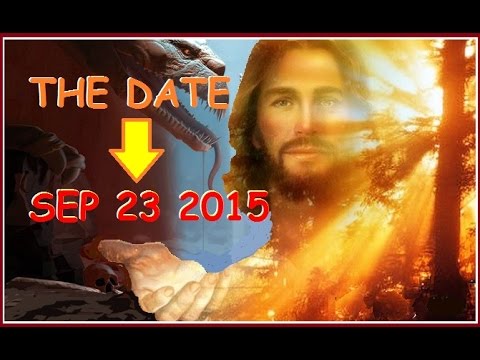 While those who have their eyes open clearly see massive military movement across the country while the ‘elite’ disappear one by one to their underground cities, we’re told that the level of foreboding is reaching a crescendo as we draw ever closer to our date with destiny.

Also discussed are claims in Canada that the closed Target stores are being converted into underground military bases, Jade Helm 15 and the fact is discussed that many of the cities being heavily targeted having the highest concentration of ‘patriots’ living among them and more signs that something rotten is ahead. Will the following months finally bring America’s long-planned date with destruction or will the globalists once again kick the can down the road?

By Stefan Stanford – All News Pipeline