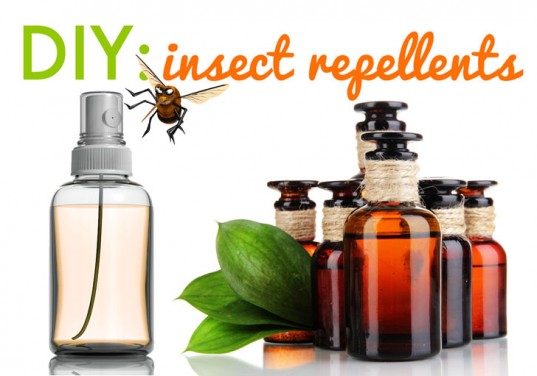 Although public health and mosquito control experts across the country remain uncertain about what to expect this summer, they fear that, mosquitoes will soon descend in huge numbers. In New Jersey, the Asian tiger mosquito has already made its presence felt. Named for its distinctive black-and-white striped legs and body markings, the Asian tiger mosquito was first discovered in Monmouth County in 1995 and since then, swarms of the vicious critter have spread to the north creating a major nuisance, according to local mosquito control agencies. Last year, this same mosquito made areas of New York and Illinois its unwelcome home. In other parts of the country, health officials, who believe the mild winter did not kill off as many mosquitoes as in years past, are anticipating the worst.

No matter the actual number of mosquitoes this season, only one question is at issue for most of us: how can we avoid getting bitten by these vampiric pests?

Repellents, which are formulated for use on bare skin, help people avoid mosquito bites and the resulting itch. Yet, an effective repellent can also protect against serious mosquito-borne diseases, such as St. Louis encephalitis and West Nile virus. Commonly sold as aerosols, creams, solids, pump sprays, and liquids, repellents do not kill mosquitoes and other insects, they simply help deter them from biting people.  Common ingredients include diethyl phthalate, diethyl carbate, metofluthrin, oil of lemon-eucalyptus, picaridin, ethyl hexanediol, and N,N-diethyl-3-methylbenzamide, commonly referred to as DEET and considered to be the gold standard in mosquito repellents for more than 50 years.

Developed by the U.S. Department of Agriculture, DEET is effective against mosquitoes, biting flies, chiggers, fleas, and ticks. Protection times vary, though when used on the skin, DEET will be effective for anywhere from 90 minutes to 10 hours, depending on the amount of active ingredient in the product and skin condition. Registered for use by the general public in 1957, the American Academy of Pediatrics states that all family members over the age of two months can use DEET-based repellents with up to 30 percent concentration with confidence.  The U.S. Environmental Protection Agency (EPA) has also concluded that commercial repellents containing DEET, when used according to the instructions on their labels, are safe for adults and children.

Despite this advocacy, some people don’t believe DEET is safe and prefer to use anatural alternative. Other people simply dislike the odor of commercial products or find them to be irritating to their skin. A recent review of repellents published in theInternational Journal of Pharmaceutical, Chemical and Biological Sciences found these homemade remedies to be effective.

Combine the ingredients in a glass jar; stir to blend. Dab a few drops on your skin or clothing.

Combine the ingredients in a glass jar. Shake to blend. Dab some on your skin or clothing.

Mix ingredients and rub on skin.