Nobody has said it yet, but the Coronavirus has turned into a TEOTWAWKI event. Not the kind of “end of the world we knew” event that we all expected, but still one nevertheless. No matter how many people end up getting sick and how many die, the current changes in the ways we do things are so severe, that many of these are likely to end up becoming a permanent part of our society.

Some of them will not necessarily be for the best. Our government, at all levels, has taken a huge amount of authority upon itself, much of which is of questionable legality. While I don’t think that there are many people who would argue the government’s right to quarantine, shutting down churches and other places of worship as “non-essential” comes directly against our First Amendment rights.

But the real question is whether or not the government is going to be willing to give up all that control that they’ve taken. Historically, governments which gain control over something are not quick to give that control up. What’s to make any of us think that they will do so in this case?

Nevertheless, for the moment, many of us are obeying various government mandates to stay home, with companies telling as many of their employees that can, to do so as well. So, as we all sit in our homes, trying to telecommute with noisy kids in the background and our spouses on the other side of the table, working on their computer, we need to start thinking ahead. There will be an end to all this and we will have to emerge from our caves to see the light of the sun once again.

But what sort of world will we emerge into? Experts are forecasting that anywhere from 20 to 34 percent of our workforce will be laid off during the course of this pandemic. If we come anywhere near the top end of those predictions, it will be huge; much worse than the Great Depression. Unfortunately, from the viewpoint of where we are today, a worldwide economic depression seems to be in all of our futures, starting even before the pandemic burns out.

So how can you and I prepare ourselves for that coming depression? There are actually many things that we can do, but the first of them is to restructure our finances. Specifically, get rid of, or at least cut down on unnecessary expenses, so that we are ready when the depression hits. 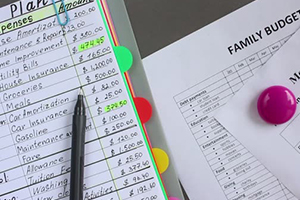 Many families are paying more for their two car payments, than they are for their mortgage payment. If you think about that for a minute, it really doesn’t make much sense.

But cars and light trucks have gone up incredibly in price, at least partially due to all the bells and whistles they put on a car these days.

In a financial collapse, the people who are hit the hardest are those which are in debt. Those car payments are some of the biggest debt you have. So, it only makes sense to attack it first.

Trading your cars in for something used, but still in good condition, can save you a lot of money from your monthly payments. If you’re fortunate to find a good deal, you might even be able to get rid of one of those payments, really saving yourself some money.

The home computer has evolved into an entertainment center, or maybe the home entertainment center has evolved into a computer. Either way, many of us are spending a fair amount on cable service, plus an assortment of different movie websites. Netflix is no longer enough, producers have decided to divide and conquer, requiring us all to have multiple subscriptions in order to see all the movies we want to.

The obvious problem with this is that it can get rather expensive. Not only that, but it’s obviously an unnecessary expense. Now, I realize you might not agree with that, especially with your kids home from school. But at least find out how to cancel your subscriptions and have the information handy, so that if you have to, you can pull the plug on them. 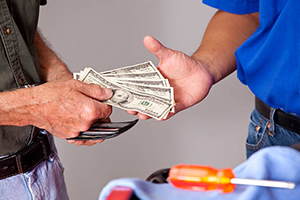 From mowing our lawns, through curbside pickup of our groceries, to having a mechanic repair our cars, we all pay others to do things for us. That’s fine, when you can afford it, helping others to have jobs.

But when the economy goes belly up, you’re going to need to save that money.

One of my favorite money saving techniques is that I’m a consummate do-it-yourselfer. I do everything from making gifts for my wife to making my own furniture, with car repairs somewhere in-between. The more you can do for yourself, the less you have to pay others to do. And in the midst of the next depression, you probably won’t be able to afford paying someone else to do it. 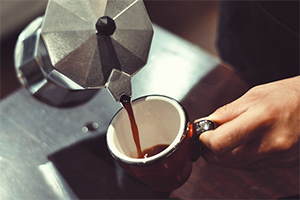 How much do you spend on coffee every month? Do you even know? How about every day? You should be able to figure that out.

That can add up to quite a bit over a month, especially if you’re buying the high-dollar made to order lattes and cappuccinos.

You can get just as good a cup of coffee, including all the assorted flavoring syrups, in your own kitchen. It might take a little experimentation to get it right, but you can probably even get a better cup of coffee than what you’re buying right now. And you can do it without paying seven bucks a cup.

These three old lessons will ensure your children will be well fed when others are rummaging through garbage bins. Click here to learn all about the 3 skills that will help you thrive in any disaster situation.

Speaking of coffee, let’s expand on that idea. How much do you spend a month on eating out? If you happen to be the average American family, then that figure is somewhere between $250 and $300 per month. If you eat lunch out or from the cafeteria at work, that figure might be even higher.

There’s nothing wrong with eating out, just as long as it’s not in excess. How much is excess? That depends on how much you make. So for most of us, that figure is likely to be changing, sometime in the next few months. With that being the case, wouldn’t it be a good idea to start working on it now?

Don’t go overboard on take-out, just because you’re part of the lockdown going on. Take this time to experiment with some new recipes, so that you can keep your family happy, without having to eat out all the time. 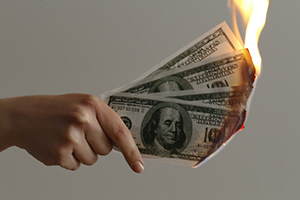 Speaking of coffee again, there are those people who would call coffee an addiction.

This includes people who are at least emotionally addicted to having their two cups in the morning, before they are human enough to talk to anyone without biting their hand off.

Another word we can use for that is “vice”, a word normally associated with smoking, drinking, gambling, prostitution and drugs.

I’m not trying to accuse you of anything, but if you smoke or drink, this might be a good time to think of quitting. The cost of a few beers a day or a couple of packs of smokes may not seem like much, but it does add up. I’m sure you could find something better to do with the extra $150 to $350 a month than a two-pack-a-day habit can cost.

Creditors, especially the big credit card companies, have worked overtime to convince us all that the way to buy anything is on credit. That’s led us to having an average credit card debt of $6,028. While some of those purchases may have been necessities, I’d venture to guess that many are things we could have waited to buy, if we had a little more patience.

Either way, they are a problem or, more likely, they will be a problem when the economy collapses and we’re stuck holding that debt. As with any other debt, it will be one more (or several more) creditors calling and asking us when we’re going to pay our bills. If you’ve secured that debt with some sort of collateral, you might end up losing whatever you’ve put up to cover the debt.

Click here to discover how our ancestors survived during harsh times! 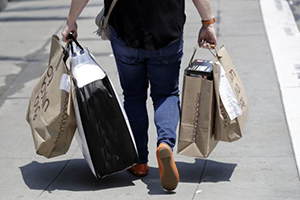 This one might cause some battles in your home, but how about cutting out unnecessary shopping? The trick here is to determine what really qualifies as unnecessary.

Here’s something you can try, if you want to get a real handle on your shopping expenses. Make a deal with each other, that before you can buy something, you have to get the other to agree that it is necessary. If she wants a new pair of shoes, she’s got to convince her husband that she actually needs them. Likewise, if he wants to buy a tool, he’s got to convince her that he can’t do the pending repair or other project without it. 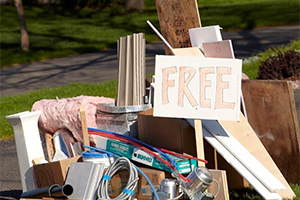 Long ago our society transitioned to being a disposable society. Other than some pretty major things, like cars and houses, we no longer repair anything.

We throw it away and replace it. In many cases, there’s no other option.

Of course, our definition of old in many cases is highly subject to questioning, as last year’s cell phone model really isn’t old, just because the company has come out with a new one. Yet many of us will replace that phone, just to have the new one, “complaining” that our old one “Just doesn’t work right anymore”.

Smartphones aren’t the only thing we do this with. We also do it with eyeglasses, frying pans and even dishes. Once people had a mixed batch of dishes, because they kept using the remainder of a set, when some of them got broken. Today, we’ll throw away the rest of the set or donate it to charity, just so we can buy a new one.

There’s nothing wrong with using something that’s “old”, as long as it works. Why not try to see how long you can keep that cell phone or those glasses, rather than seeing how quickly you can replace them?

Our homes are filled with gimmicks and gadgets. Some are obvious, while others manage to slip under the radar. One of those is cleaning supplies. There’s really not much you can’t clean with Clorox in a spray bottle, but many of us have special cleaners for the bathtub, the kitchen, our appliances and even the toilet. Not so surprisingly, most of those “special” products are basically the same thing, in different packaging.

Figure out what you really need and stick with it. Don’t let Madison Avenue convince you that you need their latest product, just because it’s “New” and “Different”. It’s probably neither. All that’s new is the packaging and the advertising campaign. 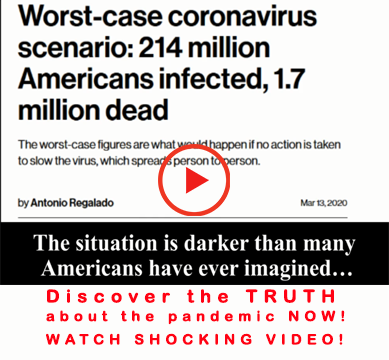 The Best States To Live In When A Pandemic Strikes

Robert Kiyosaki – Get Your Money Out of the Bank – Prepare for What is Coming!

James Wesley Rawles: “Double Up On Your Prepping,” They Can’t Hold Back Collapse Much Longer 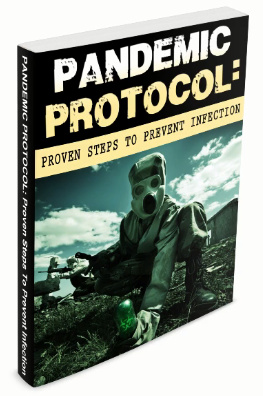